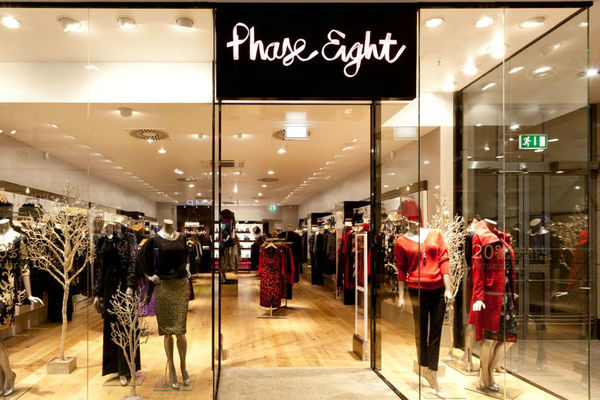 Phase Eight‘s first full year financial report since it was bought out by South African retail group has Foschini has yielded some positive results.

Sales at Phase Eight spiked by 24 per cent for the 14 months to April 2, while EBITDA went up by 27 per cent – partly thanks to the 46 new stores it opened overseas.

The womenswear retailer had growth in Asian markets, especially in Japan, Hong Kong and Singapore, as well as in mainland Europe, the Middle East and the US.

According to Phase Eight, which was acquired by Foschini in January 2015, its international sales now accounted for over 20 per cent of sales and EBITDA.

The retailer now has 555 points of sale, including 13 online channels.

Phase Eight said it will continue to focus on “profitable growth” in the UK and Ireland through new store openings and product range expansion.

Chief executive Ben Barnett said it had been an “excellent” year for Phase Eight.

“Our continued focus on delivering exceptional product and service, both offline and online has allowed us to grow our customer base, supporting our global sales and profitability,” he said.

“As such, the brand remains extremely well positioned for the next phase of its development.”

On the current financial year, managing director Lee Harlow said it “has started very well, with warm weather in the UK proving no barrier to a strong reaction to our autumn collections through the season to date.”