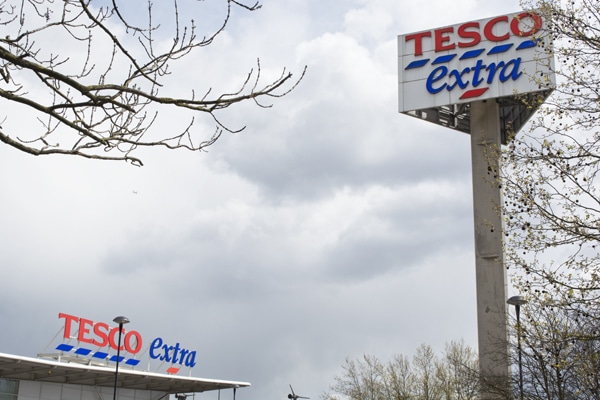 Latest industry figures have revealed that Tesco grew its market share of the grocery sector for the first time in five years, thanks to a 1.3 per cent uptick in quarterly sales.

Kantar Worldpanel‘s latest monthly grocery market share data for the three months ending October 9 reveal that Tesco now has a 28.2 per cent share of the UK grocery sector thanks to its turnaround plan reversing its declining sales for the first time since March 2015.

The data also shows Tesco continued to be ahead of its other Big 4 rivals, with Sainsbury’s posting a 0.4 per cent decline, followed by Asda which recorded a 5.2 per cent drop, and Morrisons‘ three per cent decline.

Kantar‘s head of retail and consumer insight Fraser McKevitt said Tesco “has attracted a further 228,000 shoppers through its doors to help the grocer grow to a 28.2 per cent share of the market – its first year-on-year market share gain since 2011”.

Other retailers winning market share this month include Iceland, Co-op and Waitrose.  Iceland increased sales by 6.9 per cent, Waitrose has an uptick of 3.5 per cent while Co-op recorded its 17th consecutive 12 weeks of growth.

“Consumers are continuing to buy from Co-op stores more frequently with the average shopper now visiting almost twice a week – an eight per cent increase.

“The convenience retailer is responding to challenges from the wider market by focusing on its own label lines, with its re-launched membership card rewarding shoppers who choose Co-op‘s own products.”

German discounters also continued to grow their share of the grocery sector.

Aldi sales increased by 11.4 per cent while Lidl grew by 8.4 per cent, taking market share up to 6.2 per cent and 4.6 per cent respectively.

30 million Brits familiar with having no money in the bank...

Online sales off to a sluggish start for the year