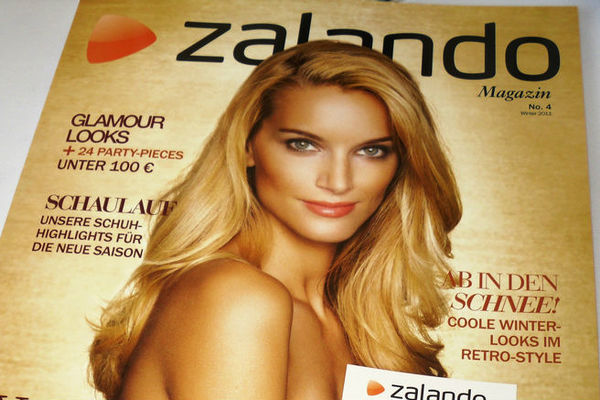 Online retail giant Zalando has hinted at an improvement in quarterly profits despite a slowdown in sales growth, enabling the German firm to raise is profitability forecast for the second time in just a few months.

Regarded as Europe‘s biggest online-only fashion retailer, Zalando is now expecting a 2016 margin on adjusted EBITDA of five to six per cent, compared to the previous forecast of four to 5.5 per cent.

Preliminary third quarter sales for the retailer rose 16 to 18 per cent compared to the 25 per cent growth rate in the second quarter, due to European shoppers – especially in its biggest market, Germany –  delaying winter fashion purchases thanks to unusually warm weather in September.

Zalando‘s sales figures pale in comparison to the 33 per cent quarterly growth rate from British rival ASOS, which it revealed yesterday in its full-year report.

“In the third quarter we outperformed a sluggish fashion market and improved our profitability significantly, allowing us to increase our guidance for the full-year EBIT margin,” Zalando chief executive Rubin Ritter said.

“We remain on track to reach our targeted revenue growth for the full year.

“This proves again our ability to find the adequate tradeoff between growth and margin, depending on market conditions.”

Ritter also told Reuters that Zalando’s move to buy less stock ahead of time had helped it cope.

“The flexibility that we have built into our supply chain is really paying off,” he said.

“We can observe the weather trends and customer behaviour and shift our order intake so we can reduce the leftovers we have after season and therefore also reduce the amount of discounting we have to do.”

Ritter added that margins had also been helped by an increase in efficiency across the business and a move towards more commission-based sales for partner brands.

Despite this, Zalando was still investing in new warehouses, technology and marketing.

The third quarter results will be published on November 10.