Retailers in London‘s West End a bracing themselves for Super Saturday this weekend, with a surge of last-minute Christmas shoppers expected take over the district.

With Christmas Eve falling on a Saturday this year, the day is expected to be busier than ever for West End retailers, with 900,000 visitors predicted and turnover forecast at £50 million.

According to the New West End Company – the organisation that represents an area that contributes more to the UK’s GDP than the whole of Wales – retailers in the West End have enjoyed a strong Christmas trading period to date with sales in November soaring by 13.9 per cent year-on-year.

Black Friday in particular proved to be the busiest trading day, with a two per cent increase in footfall.

The discount day extended over the whole weekend this year, with footfall for the four-day period from Black Friday to Cyber Monday reaching 3,654,056 – an uplift of 5.1 per cent from the same period in 2015.

“We‘ve witnessed a fantastic trading environment in the run up to Christmas, with November and Black Friday weekend exceeding all expectation and continuing to show growth on this time last year,” New West End Company chief executive Jace Tyrrell said.

“We expect a significant trading day on Christmas Eve, boosted by continued international spend and the traditional ‘last minute dash‘.

“However, the long term impact of Brexit is yet to be determined and price normalisation will offset the positive effect we‘ve witnessed in the second half of this year. This, combined with business rate increases of up to 80%, will mean a challenging year ahead for West End retail.” 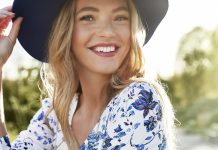 Joe Browns sales boosted by a ‘cracker’ of a Christmas