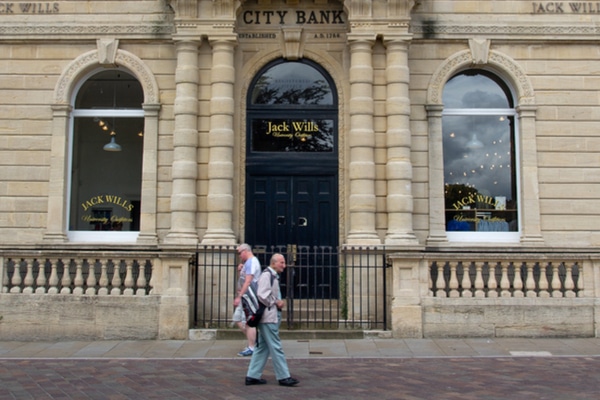 Jack Wills ended a challenging 2016 with a rise in sales and profit margins thanks to cutting back on discounts during the Christmas trading period.

According to The Times, the preppy fashion retailer had a one per cent up tick in like-for-like sales during December, while its profit margin increased by six per cent compared with the same period in 2015.

Co-founder Peter Williams, who returned to the helm of the company last year after a difficult few years for the British brand, said the latest trading update was boosted by the introduction of a women‘s activewear range – which was officially launched this month but first appeared on the racks in December.

The 42-year-old told The Times that he is now working to resolve the issues caused by an outsourced warehouse that led to a £15.1 million pre-tax loss in Jack Wills‘ financial year to January 2016.