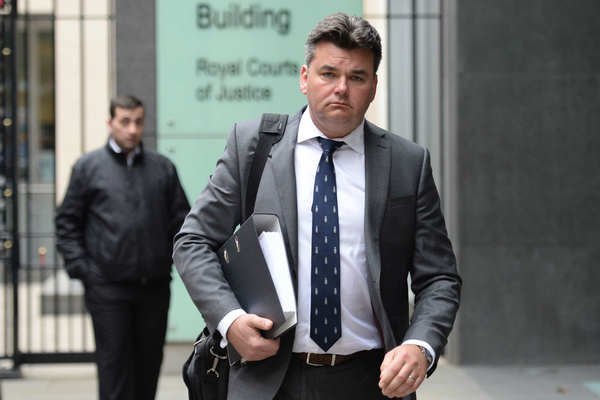 The High Court has adjourned a legal challenge by BHS administrators to take control of the company Dominic Chappell used to allegedly extract millions of pounds as the department store chain financially spiralled downward.

Duff & Phelps, one of the administrators, is calling for Retail Acquisitions to be wound up.

Duff & Phelps argued there was “overwhelming evidence” Chappell‘s company was insolvent and the petition to wind up should proceed.

However, after an application by Chappell’s legal team, it was ruled there should be an adjournment for further evidence to be filed.

A spokesman for Retail Acquisitions welcomed the court’s decision and indicated the company itself was planning to sue Green for millions of pounds.

The spokesman added that the winding-up application was an attempt by Green, as Duff & Phelps were his preferred administrators, to “force [Retail Acquisitions] into liquidation thus limiting the company’s ability to make a £14 million-plus claim against him and/or his related companies”.

He also said they wanted “to continue to assist the liquidator, FRP, to seek to recover £35 million that Sir Philip and his companies are trying to take away from the funds available to BHS creditors, including thousands of pensioners”.

Reports suggest Chappell’s company borrowed more than £8.4 million from BHS in what was described by MPs as the “systematic plunder” of the company.

Duff & Phelps had also previously argued that they needed to seize Retail Acquisitions in order to investigate these transfers and whether as stated by Chappell, he has paid £2.4 million back.

Chappell wasalso arrested in November due to tax he allegedly owed on the money from his company, estimated to be £562,000.