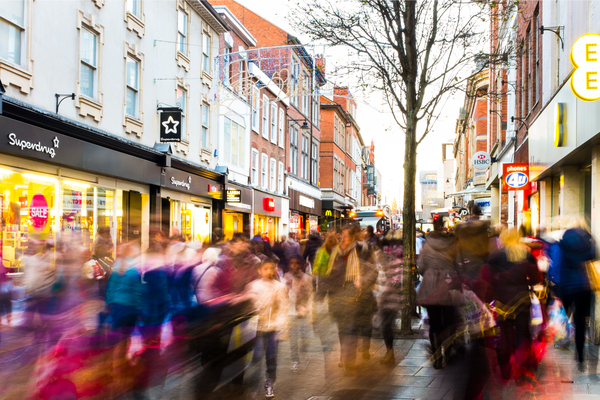 New data from the Office for National Statistics has revealed that sales in January performed below economists‘ predictions of a one per cent growth, marking a second consecutive disappointing month.

On an annual basis, this is the lowest level of growth since late 2013, slowing to just 1.5 per cent. This also marks the first time quarterly retail sales had dropped since the same year.

“We have seen falls in month-on-month seasonally adjusted retail sales, both in conventional stores and online, and the evidence suggests that increased prices in fuel and food are significant factors in this slowdown,” ONS senior statistician Kate Davies said.

Online sales saw a 7.2 per cent decline month-on-month in January, despite rising 10.1 per cent annually.

Food prices across the UK also started to rise in January, increasing 0.5 per cent month-on-month making it the biggest increase in four years.

“If consumers really are now beginning to moderate their spending, the long-anticipated slowdown in the economy may be about to materialise.

“This was reinforced by a dip in earnings growth in December.”