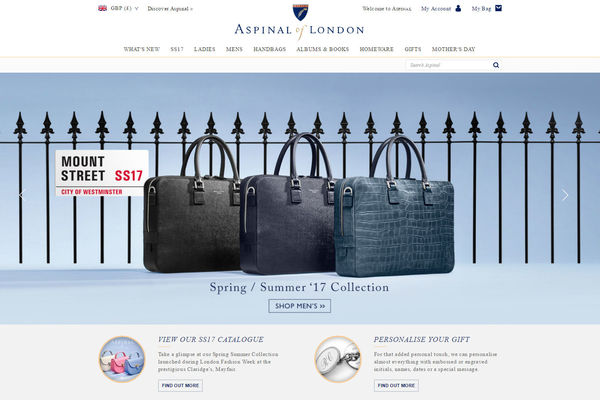 Rotheram is understood to be returning to the beauty sector and will be replaced by Lisa Montague of Spanish leather goods company Loewe in September.

Montague, who previously held the role of chief operating officer at Mulberry, has been dubbed the “perfect person to take Aspinal on to the next stage of its journey” by its founder Iain Burton.

This comes after Burton sold a 20 per cent stake in Aspinal to Four Seasons, the family investment specialist earlier this year.

The investment acquired by this deal will be used to fund expansion into the Middle East, as well as expand the company‘s estate here in the UK.

A new London flagship store in St James will open its doors this summer.

It is understood Burton is also eyeing Asia for potential expansion, aiming to offset the growing price pressures in the UK with expansion into new markets.

In the last financial year Aspinal, which boasts the Duchess of Cambridge among its fans, reported £23.7 million in sales.

This year the business is reportedly on track to hit £28 million in sales as a 40 per cent boost in online sales and increased tourist spend boost the company‘s income.