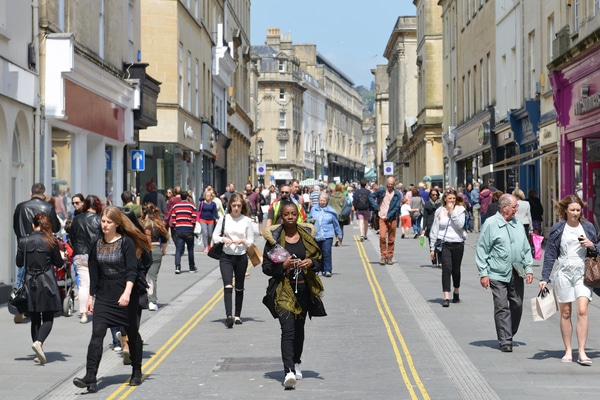 Retail sales have dropped to a seven-year low over the last quarter, marginally offset by a better than anticipated February.

Figures from the Office for National Statistics (ONS) have revealed a 1.4 per cent uptick in retail sales over February.

However, this was not enough to make a dent in the 1.4 per cent decline seen over last three months, marking the worst decline since 2010.

The 18.7 per cent year-on-year rise in fuel prices, along with the steepest rate on inflation for three-and-a-half years following the fall in the pound, are attributable to the long-term decline in retail sales.

“The underlying trend suggests that rising petrol prices in particular have had a negative effect on the overall quantity of goods bought over the last three months.”

While consumer spending has been remarkably buoyant in the months following last June‘s result, Markit chief UK economist Howard Archer thinks this is now over.

“While this may ease some of the worst fears about consumers cutting back on their spending, the underlying trend still looks weak,” he said.

“The economy’s persistent resilience since last June’s Brexit vote has been largely built on consumers keeping on spending.

“With consumers now seemingly moderating their spending, the long anticipated slowdown in the economy looks set to materialise unless other sectors can make significantly increased contributions.”