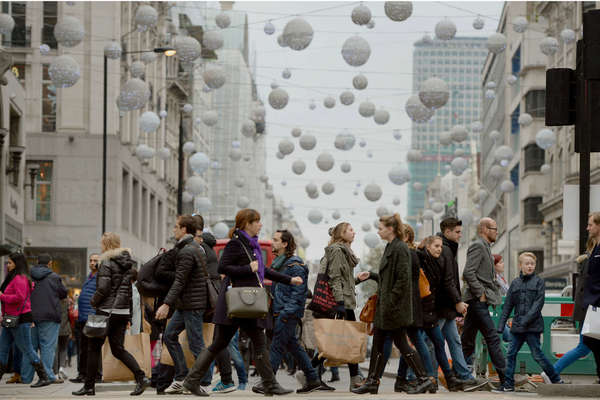 Retailers last month experienced the fastest growth in footfall in three years, according to the latest monthly BRC-Springboard Footfall and Vacancies Monitor.

Footfall in March grew 1.3 per cent on the previous year, the fastest growth since March 2014 and the breaking a six-month consecutive decline.

However, both Springboard and British Retail Consortium (BRC) have highlighted that the figures are a result of a calendar distortion. March 2016 included Easter Sunday, when shops were shut, whereas this year‘s Easter occurred in April, adding one more shopping day and therefore one more day‘s footfall to the period.

“The impact of this shift [in Easter dates] should not be overstated as it will have been mitigated by increased trade on the other days over the Easter trading period,” she said.

“Indeed, if anything it is more evidence of the continuing structural shift in the use of retail destinations for leisure and hospitality trips.

“Virtually all of the increase in footfall in March was derived from the post-5pm period while footfall during the trading hours of 9am to 5pm dropped – by just 0.5 per cent in high streets, but much more significantly, by 7.1 per cent, in shopping centres.

“Indeed, the worsening of consumer confidence and inflation from last year is likely to be constraining shoppers’ willingness to spend on retail goods.

“This all lends further evidence to the fact that retail is no longer the sole driver of footfall, with a strong leisure/hospitality offer being a critical element to secure retail success.”

When separating the three retail destinations, the Footfall and Vacancies Monitor indicated there was footfall growth across all three in March. High street footfall went up by 1.7 per cent, retail parks increased by 1.4 per cent, while shopping centres edged up by 0.2 per cent – the first growth for shopping centres since January.

“Disappointingly though, this didn‘t translate into retail sales, which were down in March on the previous year. Now that the Easter holidays have arrived, the challenge for retailers will be to attract this greater number of high street visitors into their stores.”

The news comes as retailers experienced a a year-on-year rise in high street footfall over the Easter long weekend this year.

However, footfall at retail parks and shopping centres decreased 2.3 per cent and 8 per cent respectively over the weekend.

According Springboard, footfall at London’s West End district increased 6.8 per cent between Good Friday and Easter Sunday, a 1.2 year-on-year increase on the same period last year.

At midday on Easter Monday alone, footfall across the UK was also increased by 3.4 per cent on the previous year.

Springboard insights director Diane Wehrle told City AM that food and beverage outlets on the high street continued to drive the footfall increase outside of retail hours.

Kyle Monk, head of insights at the New West End Company – which represents