New apps are popping up every day aimed at helping those less-than-savvy shoppers remember all their groceries and navigate their way around the supermarket with ease.

For serially inept shoppers though, only the meticulously detailed instructions from a wife at the end of her tether would suffice, as Era Golwalkar recently discovered.

This is the task I gave to my hubby last weekend!! Even U guys shud follow this list for happy customers #bigbasket #grofers #reliancefresh pic.twitter.com/cGkPuRAvE9

This is great! I think U should consider vlogging on YouTube. It’d be great to see U shop for ingredients & prepare Ur meals. â¤ï¸

After Era and her husband Gaurav agreed to split the housework, she soon discovered that sending him to get the groceries was hard work in its self.

Following numerous failed trips to the supermarket which ended in an “epic fail” and subsequent argument, Era created the “husband-proof” shopping list.

Complete with pictures of the items and rigorous descriptions her invention, it soon went viral on social media as frustrated couples all over the world found a solution to their shopping-based squabbles.

Dear Era, love your grocery list,I would like to use this for my TEDx event to portray a ‘typical man’! would you grant approval? thanks!!

Women everywhere will now make “shopping guides” for their husbands 😂 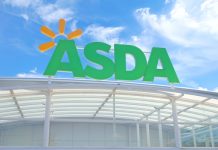 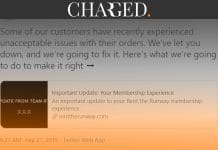