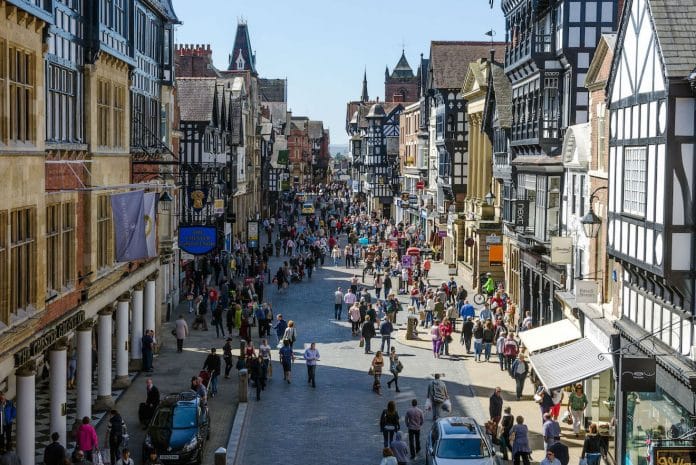 Consumers are increasingly becoming more cautious with their disposable income, leading to a reduction retail footfall for the fourth consecutive quarter.

On a year-on-year basis, footfall dropped 5.5 per cent last month compared to September 2016.

The three-month period to the end of September saw footfall decline 4.1 per cent compared to the same quarter in 2016, after a revival in the second quarter when the deficit stood at only -1 per cent.

London and south east England experienced the largest year-on-year decline in footfall, down 8.6 per cent compared to the same quarter in 2016.

“Discretionary spending in stores is the area in which consumers seem to be pulling back”, Ipsos retail intelligence director Dr Tim Denison said.

“Recent trading results from retailers such as DFS and B&Q, coupled with news of a slowdown of new car registrations, indicates that consumers are thinking twice before committing to buying big ticket items.”

Ipsos’ footfall index is based on the  number of individual shoppers entering over 4000 non-food, bricks-and-mortar retail stores across the UK.

However, they are not as closely-watched as the index compiled by the British Retail Consortium and Springboard, which are due to release their September figures in the coming days.

Ipsos also compiles the Conversion Rate Tracker, which measures the percentage of stores that deliver a conversion rate gain on the previous year.

In the last quarter, it showed an improvement of 2.6 per cent on the second quarter among non-food retailers – 45.2 per cent of non-food stores sampled had improved their conversion rate.

“The expanding number of stores recording conversion rate improvements on last year indicates that sales are not suffering as badly as footfall in all sectors,” Denison said.

“Shoppers are becoming more judicious when it comes to the non-essentials, but demand for budgeted items such as clothing and footwear remains robust.

“Various economic data sets are continuing to conflict with one another, making it far from simple to paint an accurate picture of the strength and direction of consumer spending. Strong employment and robust retail sales point in one direction, while shrinking disposable income and faltering footfall points in another. It suggests that the state of retail remains frail.

“The impending interest rate rise will only make life more turbulent for retailers, as their margins remain under considerable pressure – and it will become increasingly difficult to pass rising costs onto the consumer. The key focus in the coming months will continue to be improving efficiency across all parts of the business that can be directly managed and controlled.”