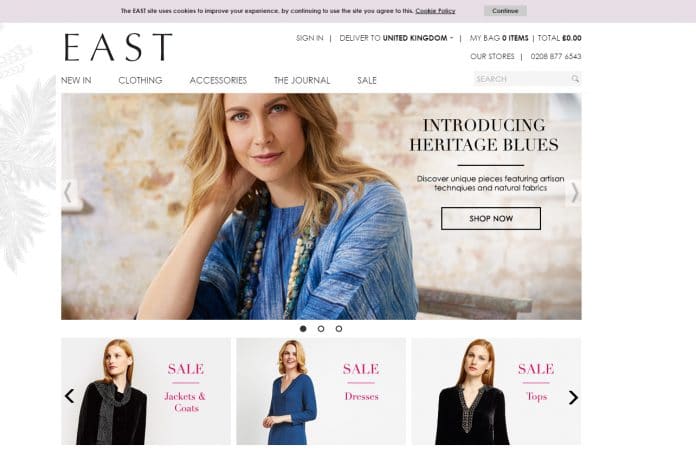 Almost 30 staff members have become the first victims of East’s collapse into administration this week, with their jobs being made redundant from today.

According to Drapers, a total of 29 staff at the fashion retailer’s head office lost their jobs today, with 18 remaining to run the day-to-day business as administrators continue to seek a buyer.

The specific details on which roles were kept and which were axed are not yet known.

Earlier this week, East entered into administration for the second time in less than three years, plunging 314 staff members into uncertainty.

East will continue to operate while the administrators analyse options for the sale of all or parts of the retailer.

Rowley said: “We have received a number of expressions of interest and are now evaluating each option.

“Unfortunately we have had to begin making redundancies due to the financial position of the company.”

The womenswear brand, founded in 1994, currently has 34 shops and 15 department store concessions after an insolvency process three years ago reduced its store estate.

For the latest collapse, East blamed tough trading due to shoppers reining in their spending and high street footfall plummeting.

The news also follows a strong Christmas trading period, in which it posted a 6.5 per cent uplift in like-for-like sales, boosted by a massive 32 per cent year-on-year increase in online sales.