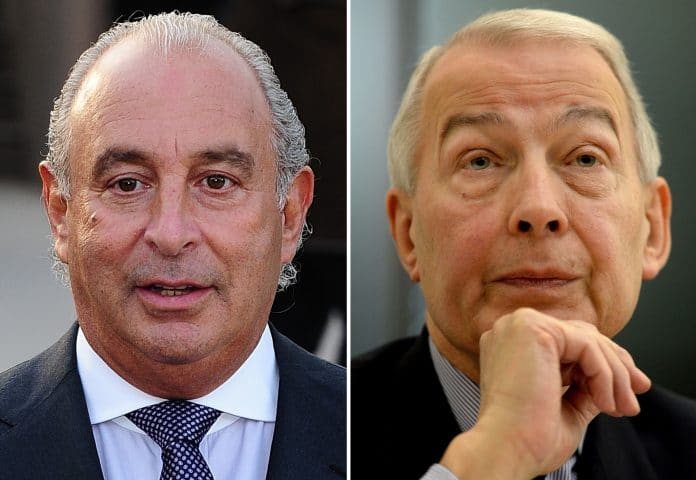 Work and pensions select committee chairman Frank Field has called on Arcadia Group owner Sir Philip Green assure the protection of its 26,000 employees’ pensions amid reports of an imminent sale.

Field, who has been one of Green’s fiercest critics since the controversial collapse of BHS saw thousands of staff pensions jeopardised, is reportedly calling for The Pensions Regulator to be granted powers to halt the sale if Arcadia pensions are in danger.

When BHS collapsed it left a £571 million pensions black hole, a figure which Arcadia’s current deficit pensions deficit of £565 million is dangerously close to.

Last year it pledged to double contributions to £50 million per year in order to try and plug the deficit in eight to nine years, but concerns have been raised that this pledge may not be extended should Arcadia be sold.

“The committee will be writing to try to ascertain how (the sale) might affect the pension funds, because they are in deficit,” Field told The Daily Telegraph.

“There is a repayment plan in operation. What is going to be promised to the pensioners if there is a sale?

“The Pensions Regulator should have the power to temporarily hold a company sale until the issues of the pensions have been sorted out, so the pensioners would have a say at this crucial stage.

Reports emerged over the weekend that Green and his wife Tina, who control Arcadia, were considering a sale of their retail empire to Chinese textiles firm Shandong Ruyi.

Despite its scale, some experts have warned that recent troubles at the retailer could limit its potential sale price to just £500 million due to the potential costs of overhauling its estate.