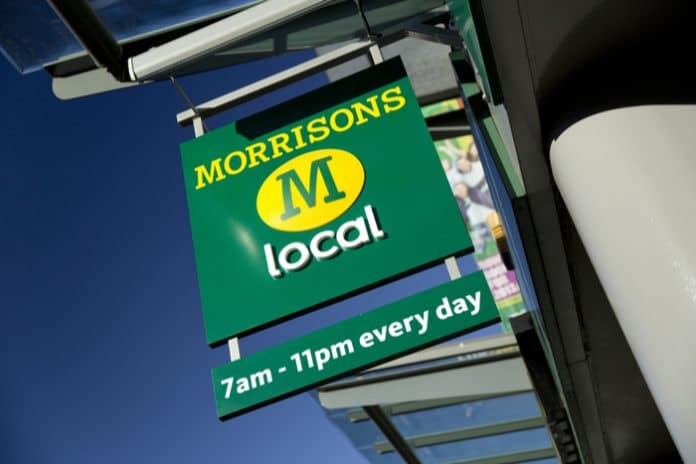 Morrisons is en route to outperform its rivals once again with amid predictions it would report an increase in full-year sales and profits next week.

Ahead of the release of its annual report on Wednesday, City analysts have said they expect the grocery giant to post a 10 per cent rise in underlying pre-tax profits to £371 million and a like-for-like sales uptick of 2.7 per cent.

Investors are especially keen to know if sales are being driven by higher prices or bigger basket sizes.

British grocers have been forced to increase shop prices as costs have risen since the pound’s collapse after the Brexit referendum in June 2016.

Moderate inflation can help supermarkets boost sales and profit but it also puts them at the mercy of dwindling consumer spending and confidence.

Despite this, Morrisons has for the past year or so been the best performer compared to Big 4 rivals, thanks to a turnaround effort led by chief executive David Potts.

Morrisons also performed well during the recent peak Christmas trading period, where group like-for-like sales surged 2.8 per cent in the 10 weeks to January 7, with retail sales up 2.1 per cent and wholesale up 0.7 per cent.

However, Morrisons has not been immune from market pressures nor from the price war that has arisen with the rapid rise of German discounters Aldi and Lidl.

Earlier this year, the retailer announced plans to cull 1500 store management roles and create 1700 junior positions as part of a restructure that would see more customer service staff and fewer managers who have more consistent responsibilities.

It followed similar cost-cutting drives from Tesco, Sainsbury’s and Asda.

The full year report is also expected to include an update on Morrisons’ wholesale deal with convenience grocery chain McColl’s.

The deal, announced last August, will see the group supply McColl’s network of stores and also see it relaunch the Safeway brand.