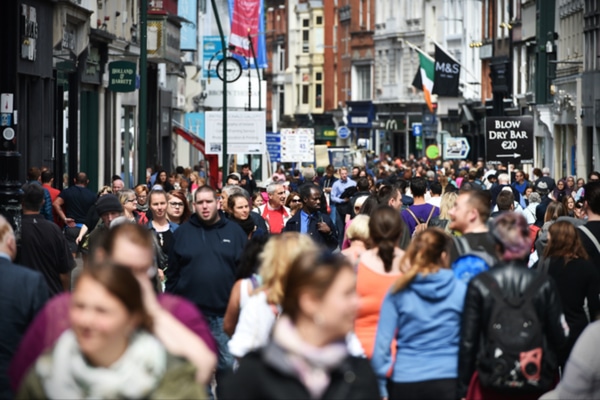 The UK retail industry endured another significant drop in footfall throughout April, which was then exacerbated by the worst two-month average since the 2009 recession.

According to the latest BRC-Springboard Footfall and Vacancies Monitor, footfall in April decreased by 3.3 per cent year-on-year, a significant decline compared to the positive rate of 1.6 per cent seen in April 2017.

The 3.3 per cent drop in April, following on from six per cent plunge recorded in March, has resulted in an unprecedented drop of 4.8 per cent over the two months.

Not since the recession in 2009, has footfall over March and April declined to such a degree.

“Much could be made of the adverse impact on April’s footfall of Easter shifting to March, but even looking at March and April together – so smoothing this out – still demonstrates that footfall has plummeted,” Springboard insights director Diane Wehrle said.

She added: “Given the decline in footfall over [April], negative like-for-like retail sales was not unexpected.

“Indeed, we had an early warning sign of what was likely to come by the end of the second week, as footfall dropped by an enormous nine per cent over the first half of the month.

“In the last two weeks footfall did recover, averaging 1.5 per cent, undoubtedly assisted by improved weather but it was not enough to repair the damage.”

The latest figures also found that there was no growth in footfall for any UK region, marking two months of consecutive decline.

Most regions saw a slower rate of decline, most notable being Wales at 1.5 per cent, and Greater London at 2.4 per cent.

However, footfall in Northern Ireland fell sharply by 7.3 per cent from a decline of 1.8 per cent the previous month, the three-month average for the region is now -2.9 per cent.

Meanwhile, the retail vacancy rate was 9.2 per cent in April, up from 8.9 per cent in January.

All regions saw an increase in the vacancy rate, except Greater London, where the rate dropped to 3.6 per cent from 5.6 per cent in January.

“That shift in the way we shop, coupled with a highly challenging business environment, is having a significant impact on the nation’s high streets – in April nearly one in 10 shops in town centres was vacant.

“While these figures highlight the difficulties faced by retailers, they also point to the evolution of the industry. Retailers are embracing changing customer behaviour and adapting to a challenging environment by rebalancing investment in physical and digital infrastructure.

“Policy-makers can help support our industry and the re-making of our high streets by creating a progressive policy environment that allows retailers to adapt successfully.”

“So it is clear that retail trading is doubly challenged by a thrifty consumer in concert with a continuing predisposition towards leisure rather than retail spend; reflected by a rise in the vacancy rate to 9.2 per cent.”