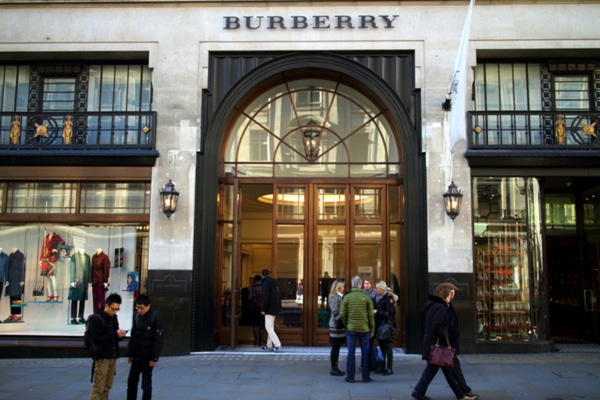 Burberry has recorded an uptick in profits in its annual results, including like-for-like growth in its retail arm, during what was a year of transition for luxury fashion house.

According to its preliminary results for the year to March 31, Burberry’s pre-tax profit rose five per cent to £413 million, with attributable profit growing year-on-year from £287 million to £294 million.

One the other hand, year-on-year total revenue went down slightly by one per cent, from £2.76 billion to £2.73 billion.

In addition, group comparable sales rose two per cent in the final six months, a slowdown from four per cent growth in the first half.

For its bricks-and-mortar operations, comparable sales rose three per cent, although Burberry admitted that growth halved in the second half of its financial year.

In the UK, Burberry saw a “low single digit percentage” rise in sales, with growth in the first half offset by a decline in the second.

The results were achieved during a year of upheaval for Burberry’s senior leadership.

In July last year, Christopher Bailey gave up his chief executive officer duties for current boss Marco Gobbetti and transitioned into a dual role of president and chief creative officer.

Soon after Gobbetti took the helm, Bailey announced he would resign from Burberry all together after joining as chief creative officer in 2001.

Bailey’s last showcase was at the recent London Fashion Week, and since then it has been announced that Riccardo Tisci would step into the coveted chief creative officer role.

Gobbetti has also made a raft of announcements for the business, including partnerships with Farfetch and Coty and strategic retail store closures as focus shifts towards online and profitable flagships.

“In a year of transition, we are pleased with our performance as we began to execute our strategy,” Gobbetti said.

“While the task of transforming Burberry is still before us, the first steps we implemented to re-energise our brand are showing promising early signs.

“With Riccardo Tisci now on board and a strong leadership team in place, we are excited about the year ahead and remain fully focused on our strategy to deliver long-term sustainable value.”