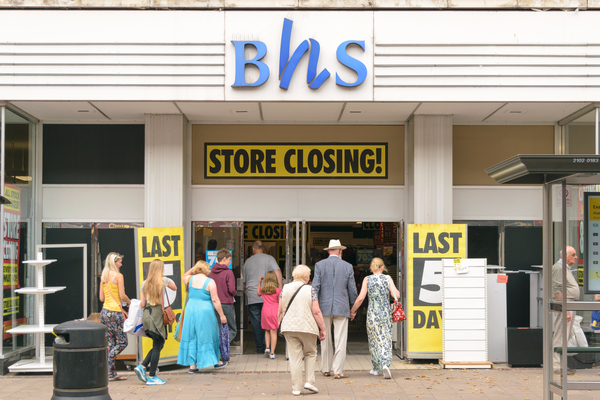 BHS’s former PwC auditor Steve Denison reportedly spent just “two hours” working on the retailer’s file and delegated most of the work to a “junior team”.

According to Sky News, an email from PwC chairman Kevin Ellis sent to over 1000 partners at the Big 4 auditor details the scale of misconduct carried out by its former employee.

It also handed PwC a £10 million fine over his misconduct relating to BHS’s finances, but this was reduced to £6.5 million due to an early settlement.

According to Ellis’ email, while Denison was working on BHS’ and parent company Taveta’s accounts, he “was responsible for the overall quality of the audit, supervising the audit and issuing the auditor’s report”.

He added that Denison “failed to carry out these responsibilities appropriately, delegating too much work to a junior team member and only recording two hours of work during the completion stage”.

It was also reported that Denison backdated his audit opinion that BHS was a “going concern” by three days, making “a false statement on the audit file relating to the circumstances of the backdating”.

Among other failures detailed in the email, which Ellis said would make for “uncomfortable reading” for PwC colleagues, include insufficient gathering of evidence as to why BHS was a “going concern” just days before it was sold and not properly considering the risks of threats to PwC’s objectivity and independence.

This morning Sir Philip Green, who sold BHS to Dominic Chappell for £1 before its dramatic collapse, launched a legal challenge to the FRC’s ruling.

Green’s holding company Taveta Investments is now seeking a judicial review of the FRC’s report, with the first hearing of the case taking place in the High Court today.

He is reportedly pressing the FRC to change certain aspects of the report, believing it could expose his business dealings in relation to BHS.