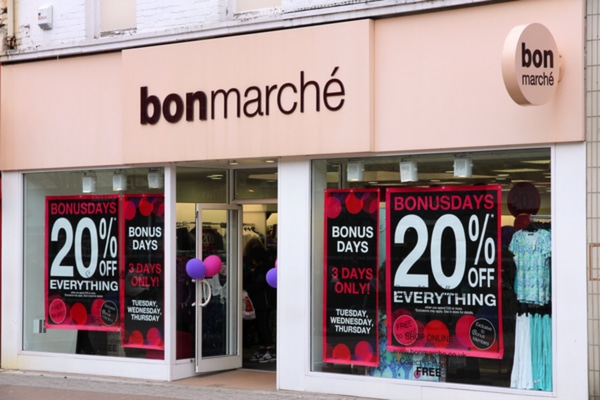 Bonmarche has recorded a surge in annual profits after online sales and discounting helped it counter bleak trading conditions on the high street.

The value womenswear retailer reported a 38.1 per cent rise in bottom line pre-tax profits to £8 million for the year to March 31, alongside a 27 per cent uptick in profits on an underlying basis.

It said the 34.5 per cent spike in online sales helped offset “disappointing” high street sales, which was shown through a 4.5 per cent dip in like-for-like store sales.

It pinned its bricks-and-mortar retail performance to “external factors”, especially in March with the Beast from the East thought to have impacted its final quarter in particular.

Bonmarche said trading since start of the current fiscal year had also been stronger so far, bouncing back after a collapse in Christmas trading which prompted a plunge in its shares.

“We have made good progress in all areas, particularly online, where we have seen strong growth whilst also making improvements through a number of other self-help initiatives including the product proposition, the loyalty scheme and developing a more agile supply base,” chief executive Helen Connolly said.

“Whilst we expect the market to remain difficult, trading since the beginning of the new financial year has been stronger than during the second half of full-year 2017-18.”

Bonmarche has implemented a turnaround strategy under Connolly’s leadership, which includes a revamp of its online offer after poor website sales in 2016-17, improving its marketing tactics, overhauling its supplier base and cutting costs where possible.