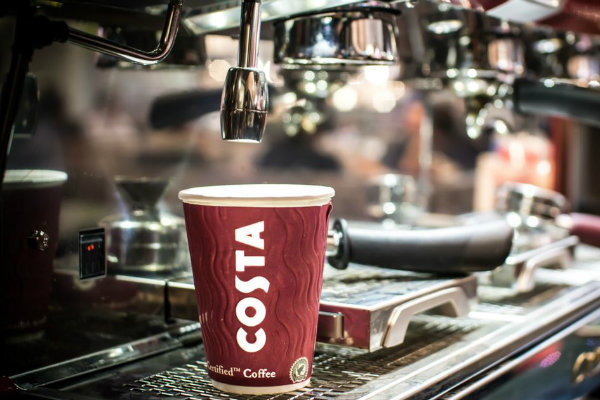 Costa Coffee owners Whitbread have agreed to sell the high street coffee shop chain to the Coca Cola Company in a deal worth £3.9 billion.

Whitbread acquired the brand in 1995, growing its store numbers to over 3,401 across 31 countries, making it the second largest coffeehouse chain in the world and the largest in the UK.

Having come under pressure from activist investors, Whitbread has previously revealed that it would spin off Costa as a separate firm from the rest of its business, which also includes the Premier Inn hotel chain.

Now, Costa has managed to catch Coca Cola’s eye, who will buy the chain for £3.9 billion including debt.

Whitbread said a “significant majority” of the net cash proceeds from around £3.8 billion of the deal would be returned to shareholders.

Speaking on the appeal of the hot drinks brand, Coca-Cola president and chief executive James Quincey added that Costa would give the company “new capabilities and expertise in coffee, and our system can create opportunities to grow the Costa brand worldwide”.

“Hot beverages is one of the few remaining segments of the total beverage landscape where Coca-Cola does not have a global brand. Costa gives us access to this market through a strong coffee platform.”

Whitbread chief executive Alison Whitbread said the deal was “great news for shareholders as it recognises the strategic value we have developed in the Costa brand and its international growth potential and accelerates the realisation of value for shareholders in cash”.

She added that the £3.9 billion sale amount “represents a substantial premium to the value that would have been created through the demerger of the business and we expect to return a significant majority of net proceeds to shareholders”.