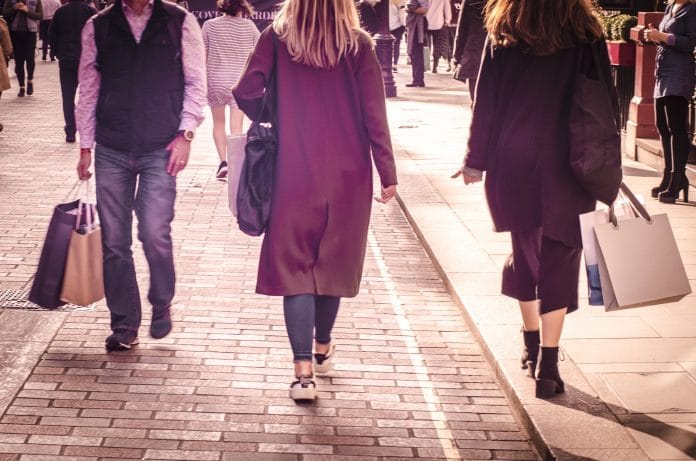 According to the long running GfK Confidence Index, shopping sentiment jumped from -10 in July to -7 in August, matching the highest rates seen in 2018 so far.

This was far more positive than analysts had expected, with the average estimates  predicting consumer confidence to stay flat at -10.

It did however, mark the 31st consecutive month consumer confidence had come in at zero or below.

Both people’s feelings about their personal financial situation over the past six months and their view of their current economic situation improved, and in good news for retailers purchase intent jumped eight points month-on-month and six points compared to last year.

According to GfK, consumers were adopting a “wait and see” approach to Brexit negotiations, which

GfK’s measure for the forecast for personal finances over the next 12 months rose by one point to 8 in August while the measure for expectations for the general economic situation in the same period stayed level with last month a -26.

“We are just months away from the Brexit crunch but there is no sign — yet — of any crash in consumer confidence,” GfK’s client strategy director Joe Staton said.

“The core index continues to muddle along in negative territory, but Armageddon seems a distant prospect.

“Consumers are no doubt aware of the incessant Brexit noise, the core debate about whether ‘no deal is better than a bad deal’, the accompanying threats, warnings and uncertainties, the wild hopes and dark fears, and the daily ups and downs. But are consumers putting their hands over their ears and quietly saying: let’s just wait-and-see?”