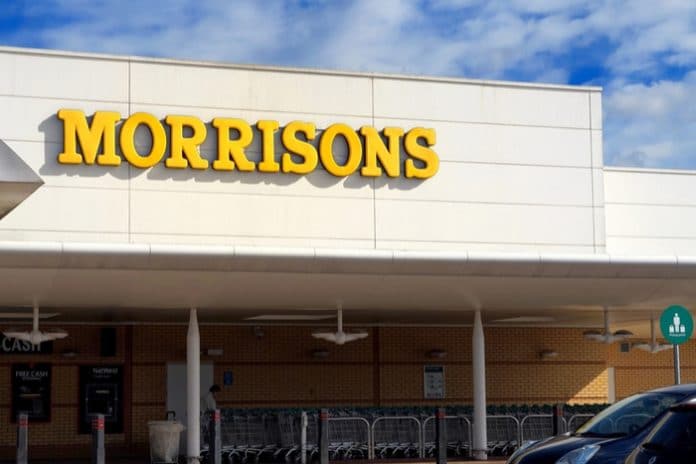 // Morrisons to trial large paper bags worth 20p each for groceries

// Morrisons will increase its 10p plastic bags to 15p

// Waitrose is teaming up with environmental charity Hubbub

Morrisons and Waitrose have both introduced new crackdowns on the use of plastic in their stores as the industry as a whole continues its war on plastic.

Morrisons is set to test large paper bags worth 20p each for groceries, and will also increase its 10p plastic bags to 15p.

Waitrose will scrap all 5p plastic bags by next year

It said the recyclable and reusable paper bags would be first introduced to eight of its stores amid consumer demand.

Supermarkets in Camden and Wood Green in London, Skipton, Hunslet and Yeadon in Yorkshire, Erskine in Scotland, Abergavenny in Wales, and Gibraltar will be among the first to offer the new paper bags.

“These new paper bags do exactly the same job as standard plastic carrier bags. They are tough, reusable and can help keep a large amount of plastic out of the environment,” Morrisons customer and marketing director Andy Atkinson said.

The number of single-use plastic carrier bags sold per year by Tesco, Sainsbury’s, Morrisons, Asda, M&S, the Co-op and Waitrose dropped to just over one billion, according to government figures released last year.

That number was over seven billion in 2015, before the 5p plastic bags were introduced.

Meanwhile, Waitrose has introduced a new £1 million grant fund titled The Million Pound Challenge, which uses cash generated from the sale of plastic bags for projects that help reduce pollution.

Waitrose is teaming up with environmental charity Hubbub to support the chosen projects and measure the impact of the grants it will award over the next year.

“We hope the fund will help find new and effective ways of accelerating action to rethink how we all use and dispose of plastic – now and in the future,” Waitrose head of CSR, health and agriculture Tor Harris said.

“We take this issue very seriously, and are making progress all the time, but we’re determined to maintain our momentum as well as supporting others to do the same.”