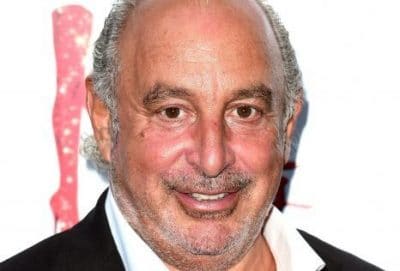 Sir Philip Green is facing renewed calls to have his knighthood stripped amid a series of fresh allegations of sexual harassment and bullying.

An MP has also written to the Metropolitan Police to investigate allegations against the retail tycoon.

Over the weekend, The Telegraph revealed details of an investigation against the Arcadia Group owner, whereby he allegedly engaged in sexual harassment, racism and bullying behaviour and used non-disclosure agreements (NDAs) to pay off affected staff and secure their silence.

Labour party chair Ian Lavery has joined Liberal Democrat leader Sir Vince Cable in calling for Green to be stripped of his knighthood.

Green had previously faced similar calls when he was embroiled in a scandal around the multi-million-pound pension black hole that was unearthed after the collapse of BHS – a retail chain that was part of his Arcadia empire for 15 years.

“The public rightly expect high standards from public figures and they’re not getting it,” Lavery told The Guardian.

“The honours system is clearly flawed and the Prime Minister should take steps to remove honours from people who bring their office into disrepute.”

Meanwhile, Labour MP Peter Kyle has written to the Metropolitan Police, asking it to investigate the allegations The Telegraph reported over the weekend.

“It is clear that some of his behaviour warrants criminal investigation,” Kyle wrote in his letter.

He added: “Sir Philip Green is accused of monstrous acts which must have inflicted unimaginable fear into his subordinates, particularly women and people belonging to minority groups, who seem to have attracted the most vicious of his alleged attacks.”

On Friday, The Telegraph said it would uncover details of sexual harassment and bullying allegations made against Green after the High Court case he brought against them was formally dropped.

The High Court had formally granted Green permission to abandon his court action against The Telegraph, which had previously prevented them from reporting the allegations that placed him at the centre of a #MeToo scandal for the City.

While the injunction against the newspaper had been dropped, the High Court did not hand down a judgement on the public interest in whistleblowing on sexual and racial abuse and whether that should outweigh the confidentiality of an NDA.

Arcadia said in a statement that while it was “pleased” with the result in the High Court, it threatened legal action if the alleged victims spoke out.

“The ruling recognised that the signatories to the NDAs have ongoing obligations to honour those agreements, which they entered into willingly after receiving full independent legal advice about their rights and responsibilities,” Arcadia stated.

“The Telegraph knowingly and shamefully coaxed these individuals to breach their obligations under these lawful agreements.

“The Court of Appeal when granting the injunction to protect the confidential information in October confirmed the agreements were lawful and made clear that NDAs play an important and legitimate role in settling commercial disputes, particularly in an employment context, and should be respected.”

Arcadia went on to say that The Telegraph had breached its duty of confidentiality to its sources and pursued a vendetta against Green and Arcadia employees and management for the past nine months.

“The Telegraph and its owners must now decide whether to do the decent thing and respect the NDAs,” Arcadia said.

“If not they will expose their sources to potential further legal actions and significant losses. Their fate is now in The Telegraph’s hands.”

In October last year, the newspaper ran a front page article that levelled allegations towards an unnamed businessman for bullying, racially abusing and sexually harassing staff.

Lawyers representing Arcadia had been granted an interim injunction that prevented the media outlet from naming him as the mystery businessman.

Days later, Lord Peter Hain used parliamentary privilege to identify Green in the House of Lords, saying it was his duty to do so because of the “serious and repeated” nature of the allegations after he was contacted “by someone intimately involved in the case”.

Green has maintained that all allegations against him were not true.