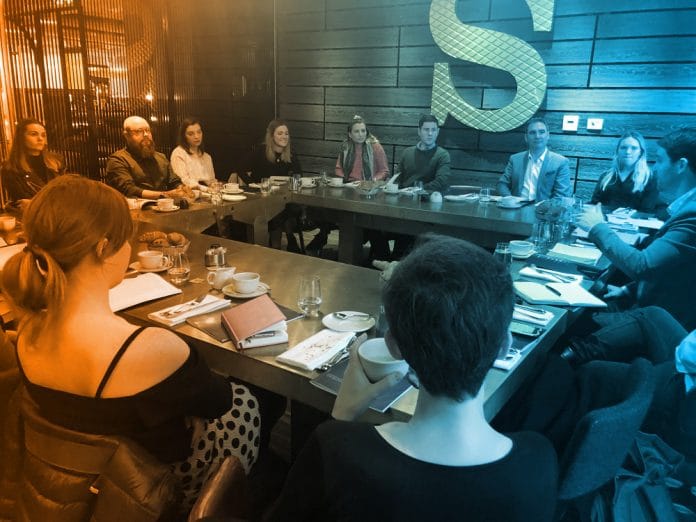 The key trends impacting social media in retail over the coming 12 months are detailed in a comprehensive new report from social media management platform Hootsuite.

According to the new paper, The State of Social Media in Retail 2019, retailers are navigating their way through a plethora of new social tools and strategies aimed at improving customer engagement and sales – but five key themes are emerging.

Concerns around trust and authenticity in social media are prevalent among consumers after last year’s Facebook Cambridge Analytica scandal. And recent moves by Twitter et al to clamp down on fake accounts that skew follower numbers, as well as new transparency rules related to using social influencers in product promotion, have placed the role and working practices of social media companies in the spotlight.

Against this backdrop, it seems brands are looking to get more human as the circle of trust on social media tightens. Other trends, meanwhile, include the growth of Stories as a method of communication, new tactics driven by the competitive social ad market, the emergence of direct social commerce, and the continued rise of messaging services.

Representatives from Arcadia, Boden, Burberry, House of Fraser, Mr Porter, SportFX, Tesco, The Wedding Shop, and WHSmith joined Retail Gazette and Hootsuite for a breakfast roundtable event in London to assess these elements of a changing landscape.

Hootsuite’s state of the nation report suggests brands from all sectors, including the likes of Adidas in retail and The New York Times in publishing, are looking at ways to develop intimate and more meaningful social dialogue among smaller groups of people.

Those at the roundtable agreed there is significant value in such an approach.

In relation to how companies use social media influencers, there were suggestions around the table that the biggest celebrities – despite their reach – do not always have the required authenticity to sufficiently promote a brand or product.

Sophie Hay, social media writer at men’s fashion etailer Mr Porter and a participant in the roundtable, said: “When picking an influencer to work with we usually look for quality over quantity.

“Instead of chasing people with really large followings, we look for guys who might be a lot smaller – I suppose you could call them micro influencers – but who are creating beautiful content and have a loyal local audience and real ‘influence’ among their peers.”

She added that it’s important to showcase “men doing cool and interesting stuff” outside the cities known for fashion. For instance, Mr Porter has just completed a portfolio shoot with creatives from Dallas, Texas.

“We like to work with creatives and photographers, alongside more traditional fashion influencers, as this allows us to diversify the sort of content we are getting back,” Hay explained.

“We also like to look outside of the expected ‘fashion’ cities when commissioning influencers to work with us. If we are launching a collection of French brands for example, we might look to content creators doing great work in Nice or Lyon – not just Paris.”

Social commerce is bigger in Asia than it is in the western world, according to the Hootsuite report, with smartphones and technology arguably having embedded themselves in society at a faster rate in the likes of urban China and South Korea. WeChat Pay in China is a dominant force in the payments market, which helps fuel this trend, but there is not an equivalent social media-led service in the UK and Europe.

Retailers that attended the roundtable in London – all of which are Europe-headquartered – largely agreed that buy buttons on social media don’t generate significant sales. A subtle approach to social selling is favoured, and as one participant said: “Swipe up to find out more information is often more powerful than a buy button.”

Tropicana is a brand that has reported success with this approach to social media advertising, and is a case study detailed in this year’s Hootsuite report.

For now, brands of all types are looking to create messaging and build adverts that don’t have such a ‘hard sale’ message attached to them. Nike’s Colin Kaepernick ad and Spotify’s year-long “Black History is Happening Now” campaign are prime examples of content-led marketing that really resonated with target and new audiences alike.

Various examples of using this approach were shared by the retailers at the breakfast event.

For example, in celebration of International Women’s Day, gift list service The Wedding Shop is gathering tips for success from 14 of its female brand partners “to help drive female empowerment”.

Hayley Rorrison, social media executive at The Wedding Shop, commented: “With over 76 per cent of our staff being women – including our managing director Anne-Marie Jenkins – it is a cause extremely close to our hearts.

“Throughout the week we will be sharing a series of posts on social media to join women all over the world in celebrating the social, economic and political achievements of women. The objective of the campaign is to raise brand awareness around some of the fantastic brands we work with which are founded or run by women, including Anna NY by Rablabs and Elizabeth Scarlet, to name a few.”

Rorrison added: “The campaign will run across Facebook, Instagram, Twitter, LinkedIn, Email and our blog, and we’ll also be featuring inspirational videos of some of the women behind The Wedding Shop on our Instagram stories.”

Be it the increasingly sceptical world social media finds itself in, or the fact that competition for share of people’s spend in retail is as intense as it has ever been, there is clearly a need for brands to market with caution and creativity.

Roundtablers at the Retail Gazette-Hootsuite event spoke of the potential for social media to help “nurture their audience”, while one retailer said it has a steering group comprising representatives from its social media, public relations, affiliates and general marketing teams to ensure appropriate, joined-up messaging strategies are developed.

Skincare and beauty brand Glossier was repeatedly referenced as a company that runs its social team successfully, recognised by the other representatives as developing the right voice, deploying useful technology, and generating suitable hype around products.

Will Barton, enterprise sales director at Hootsuite, said: “As our report and the roundtable highlighted, several retailers and brands stand out for their powerful use of social media in driving sales – they are achieving a great return on investment.

“The wider industry should replicate these companies where it can, but as the importance of social media continues to gain recognition at board level, we’ll see more and brands experience commercial benefits from their own unique social campaigns.”

What the shift of small retailers to online means for the...