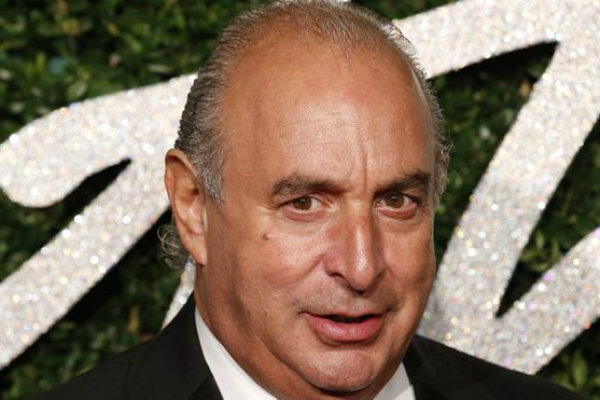 //Arcadia’s final meeting for a CVA decision will take place on June 12.

Rebel landlords have fought back against Sir Philip Green’s improved company voluntary agreement proposals with calls for the retail tycoon to sever his remaining directorships.

According to the Telegraph, a number of property firms could refuse Arcadia’s proposals for huge cuts in rent for its stores and store closures, regardless of the lower cuts to rent now being offered.

One landlord told the Telegraph they may derail the plan no matter what concessions are included.

Another said there is an idea among the hardliners to suggest that Green ends his remaining directorships in return for their backing and steps back from any involvement in the running of the business.

Landlords are also said to be concerned over the precedent agreeing to Arcadia’s CVAs may set for other big names on the high street to do the same.

Sources close to the talks said the CVAs could be shelved altogether, despite Arcadia late last week suggesting softer cuts to rent than it previously proposed.

The retail giant has plans to take out seven CVAs to shut 23 stores, resulting in 520 job cuts.

The CVAs will also support rent reductions on 194 additional stores across its UK and Irish operations.

A decision on the CVAs was expected last week, but on Wednesday Arcadia revealed that the final decision on securing the agreements was adjourned until June 12.

Arcadia is now conducting further dialogue with a few landlords, with a view to securing a final decision on the seven CVAs.

On Thursday, Arcadia announced it had revised its rent reductions.

It would now be looking to agree on rent reductions of between 25 per cent to 50 per cent, compared to the previous proposals of between a 30 per cent and 70 per cent decrease in rent across 194 of its stores.

Arcadia said landlords who have already voted to approve the CVAs “will also benefit from these improved terms”.

Group shareholder Lady Tina Green will fund the amendment, which in its first year is expected to cost around £9.5 million.

“Having already secured the support of our pensions trustees, trade creditors and a significant number of landlords, we hope these final revised terms will ensure the majority of landlords support the CVA at next week’s vote. Their support is vital for the long-term sustainability of the group, our 18,000 employees and our extensive network of loyal suppliers,” said Arcadia chief executive Ian Grabiner in light of the revisions.

Landlords will vote again on the proposed CVAs on Wednesday.