Sainsbury’s Epsom store transformed an old London bus into a school library for children to enjoy as part of its 150 Days of Community scheme.

The grocer’s research revealed that child literacy is on the decline in the UK, just 50 per cent of children read for fun in their spare time while 78 per cent prefer watching TV and 70 per cent choose YouTube.

Newsround reported that one in eight schools have no library, and one of those schools without a library is Riverview Primary in Tolworth, Surrey.

To encourage local children to read more, Epsom Sainsbury’s transformed a bus to create an immersive library experience for the young students.

The bus was hardly recognisable: featuring colourful shelving, bean bags and hundreds of books, with themed areas encouraging children to explore and get lost in their imagination.

Pupils were then treated to a surprise visit from Katie Piper who read a selection of stories to encourage positive mental health and wellbeing in children.

“The school didn’t have their own library so I thought it was a truly lovely idea,” Katie Piper said.

“Seeing the children excited to read was just brilliant.”

Sainsbury’s also revealed that while 30 per cent of children recognise American YouTuber Jojo Siwa while only 22 per cent can identify Aslan and 10 per cent Dorothy Gale.

Only half of children read for fun compared to 94 per cent of their parents when they were their children’s age.

According to data sourced from annual government performance for 2018 over 7000 mainstream primary schools in England were falling below the government’s base reading standard.

The 150 Days of Community scheme, launched to mark their 150th anniversary this year  gives 178,000 colleagues in the UK the opportunity to volunteer for a cause they feel passionate about in their local community.

When Sainsbury’s colleague and local parent Charlotte Guyett heard about the initiative, she gathered her colleagues to help make over the bus, which the school’s headteacher acquired.

“When I heard that we had the opportunity to volunteer locally, I knew I had to suggest transforming the bus into a library and making the school’s vision of creating a beautiful library bus come true,” Guyett said.

“I’m so pleased that we’ve been able to help and hope the children have years of fun ahead of them.” 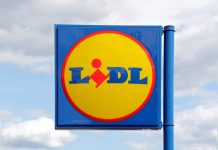