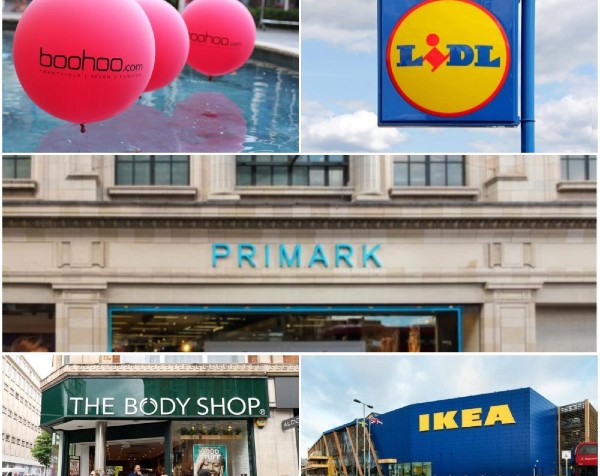 The current trend of retailers struggling to maintain profits persisted in 2019, with soaring number of household names falling into administration or launching CVAs to close stores, cut jobs or overhaul operations to cut costs.

Despite the so-called doom and gloom, there are some retailers bucking the trend and posting positive trading results throughout 2019.

Parent company AB Foods hailed Primark’s  “resilient” year as it was boosted by the continued expansion of the value fashion retailer. (It is now about to enter its 15th market after signing a lease for a new store in Slovakia.)

For the financial year ending September 14, overall sales at Primark came in at £7.79 billion – a 4.2 per cent year-on-year uptick at actual exchange rates or 4.1 per cent at constant currency.

It also ended the year on a good note, although the crucial Christmas trading period is part of Primark’s 2019/20 financial year.

The value fashion retailer saw its UK sales grow by four per cent during the golden quarter, as it benefited from new stores and expansions, while sales across the retailer were up three per cent.

Last year the retailer also announced its B Corp certification, joining other businesses committed to sustainability

In the same year it revamped its busiest stores to launch a new concept, featuring an activism zone and refill stations.

Both German discounters continued their meteoric rise in the UK’s grocery market, beating out the Big 4 with their competitive pricing and brand alternatives.

Aldi is set to invest £1 billion in expanding its UK store portfolio in the next two years after seeing an 11 per cent increase in sales to £11.3 billion in the year to December 31.

Meanwhile, Lidl reported the highest sales growth in the grocery sector over the Christmas period thanks to its wine and cheese sales and is expected to launch its UK online shop later this year.

The Swedish furniture retailer – which has 22 stores and employs 11,181 staff in the UK – said sales in its UK market jumped eight per cent to reach £2.1 billion for the year to August 31.

The furniture retailer is also set to invest £171 million in green energy to become a climate positive business by 2030 despite online sales increasing 50 per cent.

To start off 2020 Ikea revealed it had acquired a West London shopping centre where it will also launch its first UK small format store.

The fashion group saw success over 2019 in its various brands, capitalising on the popularity of the fast fashion trend and expanding its offering with new acquisitions.

Boohoo revealed it was on track to surpass profit and revenue forecasts for the year posting a 44 per cent jump in revenues to £473.7 million for the four months to December 31.

The Boohoo brand on its own saw sales jump 42 per cent over the past four months to £232.6 million, while sales for its PrettyLittleThing fascia increased by 32 per cent to £190.8 million for the period.

Fast-growing brand Nasty Gal continued to see sales surge, with revenues for the period skyrocketing 102 per cent to £41.5 million.

Boohoo purchased Karen Millen and Coast in an £18.2 million pre-pack administration deal in August, before shutting down its 32 physical retail stores and launching the brands online in October.

Did we miss any notable retailers? Let us know in the comments below!