// Tesco and Sainsbury’s have also cancelled orders, but paid suppliers in full

Three of the UK’s biggest supermarket chains have put pressure on their fashion suppliers by either cancelling orders or requesting massive discounts despite soaring food sales.

According to the Sunday Times, Asda has cancelled about a quarter of orders to clothing suppliers for its own-brand fashion business George, due to the coronavirus pandemic.

The UK’s third-largest grocer in terms of market share also reportedly told suppliers in Bangladesh that they would be paid just 30 per cent of an order’s value – or 50 per cent for orders that have already been finished.

According to The Sunday Telegraph, clothing factories also have the option to “defer the delivery of products” although this delays payments.

“Where there is product we are not able to sell at this time, we are offering to mutually cancel the order, and pay a proportion of costs within seven working days, as well as agreeing suppliers can resell items or donate them,” an Asda spokesperson said.

Tesco and Sainsbury’s have also cancelled fashion orders due to the pandemic, according to The Sunday Telegraph.

However, the biggest and second-largest grocery chains reportedly said they would pay in full for all the orders cancelled due to the pandemic, as well as most of the raw materials or fabric that has arrived at their factories.

It comes as supermarkets across the UK experience unprecedented demand since the Covid-19 crisis escalated.

As they are classified as an “essential” service, supermarkets can remain open during the lockdown, and the grocery giants’ bigger stores continue to sell clothes and other products.

Retailers that do not sell food have been forced to shut all stores as they were not considered essential. 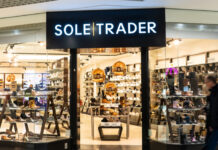 Retailers in line for £1000 bonus for each employee brought back...