1993: Cath Kidston opened her eponymous brand in London’s Notting Hill, selling hand-embroidered tea towels and brightly-coloured furniture. She invested a third of her £15,000 start-up budget on creating her first floral print to produce cushion covers, cotton bags and a flowery ironing board cover.

1995: Cath Kidston launched its first catalogue, made by hand using a camera and photocopier.

2005: Cath Kidston opened its first store outside of London in Bath. The retailer had its first collaboration with outdoor retailer Millets.

2006: Cath Kidston opened its first international store in Tokyo. The business had its second collaboration with Carphone Warehouse and Nokia.

2010: Kidston received an MBE for her services to business. She sold a majority stake of the company to US private equity investors TA Associates, retaining a minority stake and remaining as the company’s creative director.

2012: Sales exceeded £100 million for the first time. Cath Kidston launched its “Be a Good Sport” collection to celebrate the London Olympic Games.

2013: Cath Kidston celebrated reaching £100 million in sales for its 20th anniversary. It launched its first flagship store in China in Shanghai. At home, the retailer opened its new London flagship store in Piccadilly, just before the Christmas period. It also launched a pop-up in London Heathrow Airport Terminal 5.

2014: Cath Kidston had over 100 international stores by this point. Kidston stepped down from her role as chief creative designer, but remained a shareholder of the brand, with more than a 10 per cent stake. Baring Private Equity Asia became a substantial shareholder in Cath Kidston.

2016: Cath Kidston was sold to the Hong Kong-based private equity firm Baring Private Equity Asia for an undisclosed sum. Kidston herself announced her departure from her role as non-executive director of the company.

The retailer reported its first major loss in the 52 weeks to March 25. It recorded an operating loss of £19.6 million and a sales growth of only 1.2 per cent, according to files posted at Companies House.

Cath Kidston blamed the loss on the Brexit referendum which resulted in a decline in value of the sterling. It also closed stores in France and Spain that year.

Cath Kidston also placed its store estate under review as it sought to “ensure shops are in the best locations”.

2020: Cath Kidston filed a notice of intention to appoint administrators.

It placed administrators from Alvarez & Marsal on standby to undertake an urgent review of the retailer’s strategic options, which announced it was racing to find a new buyer two weeks prior.

“People either love it and want a little bit of it very much, or want to stab us,” Cath Kidston herself told BBC Radio 4’s Desert Island Discs in 2011.

Despite there being lots of reasons for Cath Kidston’s downturn, its biggest challenge was the niche nature of its product offering, and therefore the limited addressable market.

It is also arguably of its time – the late 90s into the 2000s – but marketable nostalgia is hard to maintain. An era of austerity may well make people hark back to a simpler time, but does that put them in the market for a £45 wicker shopping bag?

Cath Kidston as a business has seen many changes over the years, such as a new chief executive, new print designs, new collaborations, and global expansions.

“We are constantly looking at how we can develop, innovate and keep the brand relevant, obviously making sure that we’re keeping the brand DNA alive,” Cath Kidston head of communications Xenia Xenophontos who has since left the business, told Retail Gazette last year.

Despite these changes, Cath Kidston became one of the latest retailers to feel the impact of the Covid-19 crisis after it filed a notice of intention to appoint administrators earlier this month.

Laura Ashley was the first coronavirus-related casualty last month after falling into administration, and just last week Debenhams also filed for administration – the second time in a year for the department store chain.

“Cath Kidston failed to keep up with competitor brands”

However, experts have told Retail Gazette that the reasons behind Cath Kidston’s declining sales were not primarily due to the coronavirus pandemic. If anything, its problems were evident before the crisis – but the pandemic accelerated and exacerbated them.

Roxana Alam, senior strategist at FutureBrand, said that although Cath Kidston’s designs enabled strong recognition, its successes could be the same reasons behind its failure.

“Whilst the iconic prints have been loved by many, the bright, bold and almost child-like designs have the potential to alienate a large majority of consumers,” she said.

“Not only this, the lack of rejuvenation with the prints and subsequently, the brand itself, has led to it feeling expected, uninspiring, and lacking relevancy for today’s audience.”

At the time of the Covid-19 outbreak, Cath Kidston had already engaged with business turnaround consultants Alvarez & Marsal and legal firm Shoosmiths to undertake a restructure of the business.

In its most recent publicly available accounts from 2018, the retailer posted operating losses of £19.6 million and unfortunately, its fortunes haven’t improved since.

“Cath Kidston has had to file for administration likely because of the usual suspects. Fewer people shopping on the high street will have hit their bottom lines hard, and Cath Kidston failed to keep up with competitor brands,” said Rick Smith, managing director at business rescue consultancy Forbes Burton.

“Its products were also commonly sold in department stores, which themselves have been struggling in recent times.

“It can’t be said that the coronavirus outbreak has vastly contributed to the downfall of the brand, but it certainly wouldn’t have helped.

“Cath Kidston was undergoing a turnaround plan before the virus was even discovered.”

Laura Morroll, senior manager at management and technology consultancy BearingPoint, said store closures have resulted in a significant drop off in sales. Although some customers may have been successfully diverted to shopping online, the cost of online channel fulfilment significantly outweighs that of stores, eating away at profits.

“Retailers that are very brand led have the additional overhead of in-house design and development teams – whilst in good times this gives the brand its distinguishing USP, in tough times the costs associated with maintaining these teams present additional financial pressures,” she explained.

Speculation is rife that a pre-pack administration might be the outcome for Cath Kidston. The retailer has an international presence with over 100 overseas stores, so there is demand for its more traditional and familiar styles and aesthetic outside of the UK.

In the UK, the chain has 60 stores and employs 941 people, of which 820 have been furloughed under the government’s jobs retention scheme that pays 80 per cent of an employee’s wages.

The challenge now for Cath Kidston is simply to survive. It’s only been a few weeks since restructuring specialist Alvarez & Marsalwere was instructed to find a buyer, with several credible expressions of interest in a takeover already received.

Cath Kidston may still have a future on the UK’s high streets, but there’s a chance it would take a different format to what customers are used to. But if a buyer cannot be found, the retailer could collapse into administration. 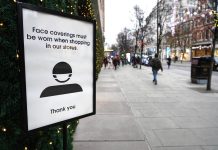 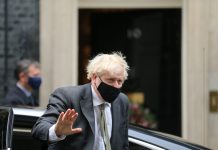