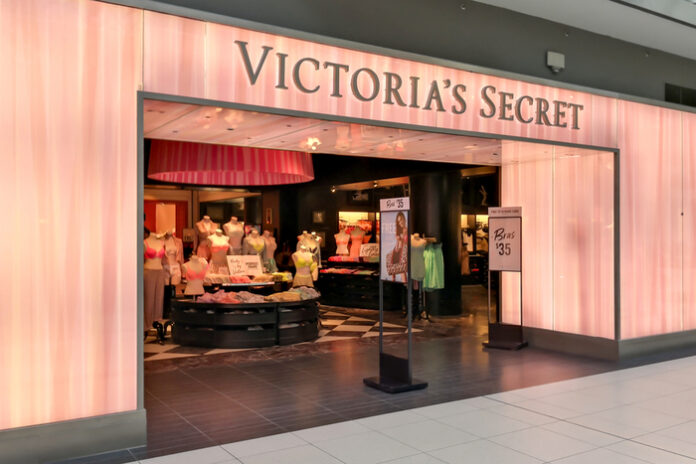 1977: US businessman Roy Raymond founded Victoria’s Secret as a lingerie retailer in California after feeling embarrassed purchasing lingerie for his wife in a department store.

The first Victoria’s Secret store was opened at the Stanford Shopping Center in Palo Alto, California after Raymond borrowed $40,000 from a bank and $40,000 from his family.

He named it Victoria’s Secret as a reference to Queen Victoria, which aimed to evoke the sophistication and propriety associated with Victorian-era boudoirs while eluding to the “secret” underneath the clothes.

The retailer earned $500,000 in its first year and Raymond started a mail order catalogue and opened three stores in San Francisco.

1982: Raymond contacted the founder and chairman of US retail group L Brands, Leslie Wexner, to discuss a potential sale after he expressed interest in acquiring the retailer in 1980.

Raymond sold Victoria’s Secret company for $1 million to Wexner, with its five stores and 42-page catalogue, then reported to be grossing $6 million per year.

Raymond stayed on as president of the company for a year, while also working on his next company, an upscale store for children called My Child’s Destiny.

1983: Wexner revamped Victoria’s Secret’s business model by scrapping the notion of selling for the pleasure of male customers and instead focusing on female customers.

The Victoria’s Secret catalogue continued the practice that Raymond began, listing the company’s headquarters at a fake London address. The real headquarters were in Columbus, Ohio.

The stores were also redesigned to evoke 19th century England, aka the Victorian era.

1985: Howard Gross took over as president from his position as vice-president.

1986: Victoria’s Secret was the only national chain devoted to lingerie at the time.

1990: Wexner drastically expanded the retailer into US shopping centres, growing the company into 350 stores with sales of $1 billion. The retailer began drafting in supermodels to build its brand.

1992: Victoria’s Secret expanded beyond apparel with the launch of its own line of fragrances.

1993: Raymond jumped off the Golden Gate Bridge and died.

1999: It launched a webcast of its fashion show, and released its own cosmetics range.

2002: Victoria’s Secret launched PINK, a sister brand that aimed to appeal to teens and university students.

2005: The retailer opened its first store in the UK at London Heathrow Airport, Terminal 5.

The Victoria’s Secret Fashion Show’s 2010 segment Wild Things caused controversy due to the “tribal style” outfits on display. Brazilian model Emanuela De Paula was painted with black lines, meant to depict tribal body art. This outfit received backlash from the media, not only for appropriating African culture but for racist connotations.

2016: The Victoria’s Secret Fashion Show of that year was accused of cultural appropriation during the segment entitled The Road Ahead which drew inspiration from both Chinese and Mexican culture.

Kendall Jenner’s flame tail wings, Elsa Hosk’s dragon costume, and Adriana Lima’s embroidered thigh-high boots prompted fans to point out that it was inappropriate for women of other backgrounds to wear items that were important to Chinese culture.

The retailer’s catalogue division was scrapped, along with its swimwear category.

Victoria’s Secret also began facing criticism and controversy over the behaviour and business practices of its corporate leadership.

Turney stepped down as chief executive after serving for a decade, replaced by Jan Singer.

Victoria’s Secret stopped selling shoes, accessories and apparel that were only sold online, in order to return the focus to lingerie, fragrances and sleepwear.

2017: The retailer started to focus on bralettes and sports bras to appeal to a younger customer base.

Razek was interviewed by Vogue and made transphobic comments following the Victoria’s Secret Fashion Show. He said: “Shouldn’t you have transsexuals in the show? No. No, I don’t think we should. Well, why not? Because the show is a fantasy.” He recieved immediate backlash from many in the modelling world, including trans model Carmen Carrera.

Razek later issued an apology: “My remark regarding the inclusion of transgender models in the Victoria’s Secret Fashion Show came across as insensitive. I apologise. To be clear, we would absolutely cast a transgender model for the show.”

2019: Victoria’s Secret closed 53 stores in the US after its stock plunged 40 per cent.

It relaunched its swimwear line, along with eye wear and footwear, in hopes of boosting struggling sales.

Victoria’s Secret announced it would no longer hold its annual fashion show.

The retailer cast its first openly trans Brazilian model Valentina Sampaio, who was hired to work for PINK. Days after she was hired, Razek stepped down, triggering speculations that he felt uncomfortable with the new appointment.

Following his departure, Victoria’s Secret’s executive vice president of public relations Monica Mitro reported that she had been repeatedly verbally abused by Razek. Mitro was heavily involved in the production of its annual fashion show.

The day after Mitro made her allegations, she was placed on administrative leave – which Victoria’s Secret denied was due to retaliatory action. Mitro pursued legal action and later settled with the brand for an undisclosed sum.

2020: In January, it was reported that Wexner was in talks to step down.

In April, it was reported that Sycamore Partners was backing out of the £408 million deal to buy a majority of Victoria’s Secret from L Brands. The acquisition agreement, signed in February, included exceptions for a pandemic to legally obligate the firm to complete the deal. The deal ultimately fell through.

In May, Victoria’s Secret announced it would permanently close 250 stores in North America over the next few months, throwing UK stores into doubt.

The retailer’s UK arm fell into administration on June 5, putting over 800 jobs at risk. It drafted in Deloitte advisers to assess the impact of Covid-19 on business. The firm said it would conduct a “light touch” administration as it seeks a potential buyer.

Victoria’s Secret operates 25 stores in the UK and employs over 800 people. Since the coronavirus pandemic struck the UK, it furloughed 785 employees.

Its online operations, which are not owned or operated by the company, will continue unaffected by the administration.

Deloitte joint administrator Rob Harding said the administration is yet “another blow to the UK high street and a further example of the impact the Covid-19 pandemic is having on the entire retail industry”.

“The effect of the lockdowns, combined with broader challenges facing bricks and mortar retailers, has resulted in a funding requirement for this business, resulting in the administration,” he said.

Following the administration, L Brands chief financial officer and interim chief executive of Victoria’s Secret, Stuart Burgdoerfer, said that despite the collapse, the company would “continue to be energised and intensely focused on turning the Victoria’s Secret business around”.

Victoria’s Secret is the latest retail casualty of the pandemic, during which non-essential retailers were forced to temporarily close their shops amid various government-mandated lockdowns around the world.

It has also suffered from changing consumer habits and tastes, increased competition from online retailers and rising costs – but the pandemic may have been the final blow as its revenues dried up.

Michael Mulligan, insolvency partner at law firm Shakespeare Martineau, argued that the pandemic wasn’t primarily to blame, but “it was the straw that broke the camel’s back, like it has been for many other retailers”.

He also highlighted that Victoria’s Secret had been struggling financially long before the pandemic hit, with falling sales and store closures.

Due to changing consumer patterns, brand perception and different ways of purchasing clothes, the lingerie retailer experienced losses of £170 million in the year up to February 2019. With this kind of figure, an administration could have been expected.

It now finds itself in a difficult position to find a buyer, with many holding off investments due to the prevailing economic uncertainty as a result of the pandemic. Some of the UK’s most established retailers that have already fallen into administration, such as Debenhams, and many of them have yet to find a buyer.

There are probably a number of reasons that may have caused administration. Victoria’s Secret notoriously doesn’t have a UK website. It expanded into large stores and in prominent locations like the corner of Bond Street, which will have brought a large rent bill and business rates commitment, not to mention utilities, fit out costs, and maintenance.

“Pre-Covid, the lingerie chain reported losses of £170 million and cancelled its annual fashion show was after it was branded sexist and outdated, with recent comments from executives doing little to change its overall image,” he argued.

Plausibly, Victoria’s Secret’s sex appeal isn’t what it used to be. The #MeToo era has heralded much-needed change and the lingerie retailer hasn’t kept pace.

It has found itself barricaded by brands such as Savage x Fenty, which have long embraced diversity, gender equality and sustainability – many of these which are paramount values of the modern consumer.

The lack of inclusivity that alienates a core sector of its audience and a stubborn refusal to adapt to the rapidly-changing dynamics of global consumerism have been a major factor in Victoria Secret’s downfall.

The impact of the pandemic has inevitably played a part in the struggles of so many retailers this quarter. However, the good news for Victoria’s Secret is that there are no immediate plans to close all stores just yet, which may mean the prospects of a buyer might be quite high.