// FTSE-listed retailers issued a further nine profit warnings in Q2, taking the first half total to 47

// This means the total number of profit warnings far exceeds the whole of 2019, when 32 were recorded

FTSE-listed retailers issued 47 profit warnings in the first half of 2020, far exceeding the total number recorded for the whole of 2019, according to a new report.

In the first quarter 38 profit warnings from FTSE retailers were recorded followed by a further nine in the second quarter, according to EY’s latest Profit Warnings Report.

This means the total profit warnings from the first half of this year is more than the 32 that were recorded from FTSE retailers for the whole of 2019.

EY’s report said that more than three quarters – or 36 – of the warnings issued by listed retailers in the first half of this year cited Covid-19 as the reason for announcing a material downgrade to their profit expectations.

“The impact of Covid-19 has dramatically accelerated the shift in consumer behaviour, requiring retailers to adapt at an extraordinary pace.

“But what is certain, is that retailers cannot afford to continue as usual, in the hope normality will resume soon, almost all will need to undertake some transformational and turnaround activity to help see them through.”

According to EY’s report, those regarded as “speciality retailers” among the FTSE retailers list issued the most profit warnings – 17 – in the first half.

“Latest economic data shows that consumer confidence is on the rise,” Bitar said.

“The share of British adults who felt comfortable heading to the shops in June doubled when compared to May, according to EY’s Future Consumer Index.

“However, retailers will need to factor in a likely fall in consumer spending in the second half of this year, triggered by a predicted rise in unemployment following the wind down of the Government’s furlough scheme.

“Looking ahead, driving growth will be tough. To thrive in this next era, retailers must look to truly integrate their online and offline channels or risk running two parallel business models with reduced productivity across both, splitting capital and overall investment activity.

“Operational efficiencies, increasing automation and supply chain reviews are all important factors to control costs. The key need will be to create a differentiated customer experience to boost demand.” 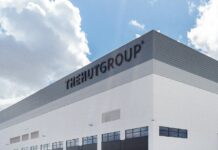 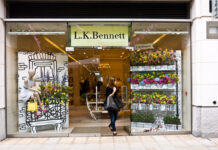