// Overall consumer up by 2 points to -25 in September

// GfK recorded growth in three categories, decline in one while the fifth remained the same

// Overall index still -12 that was recorded in September last year

Consumer confidence in the UK enjoyed an uptick in September despite the threat of a second wave of the coronavirus and growing speculation of another nationwide lockdown.

The GFK Consumer Confidence Index has increased by two points in September to -25, a four month high, due to growth in three categories, while one declined and another remained unchanged compared to August.

However, the overall index is still a long way from positive territory and well below the -12 that was recorded in September last year. 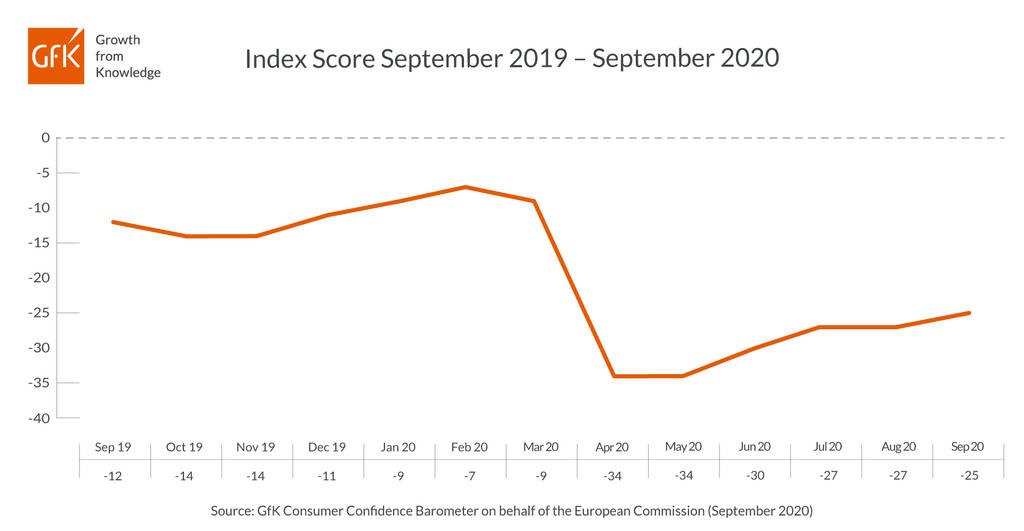 GfK found Brits have become slightly more optimistic about their personal financial situation for the next 12 months, with the score remaining in positive territory – at 1 – offering a sign of hope since the coronavirus pandemic plunged the UK into crisis in March.

However, the index measuring changes in personal financial situation over the last 12 months is down by two points to -7, which is nine points lower than last year.

Brits also remained gloomy over the general economy situation over the next 12 months, with the score on this measure firmly stuck in negative territory at -38, although this was an improvement on -42 last month.

Meanwhile the sentiment over the general economic situation over the last 12 months increased by one point to -61 compared to August, but this was still 29 points lower than September 2019.

Consumers’ attitudes towards making major purchases also improved slightly compared to August, but was still negative at -21, in a worrying sign as retailers prepare head into the so-called “golden quarter” with Black Friday and Christmas on the horizon. 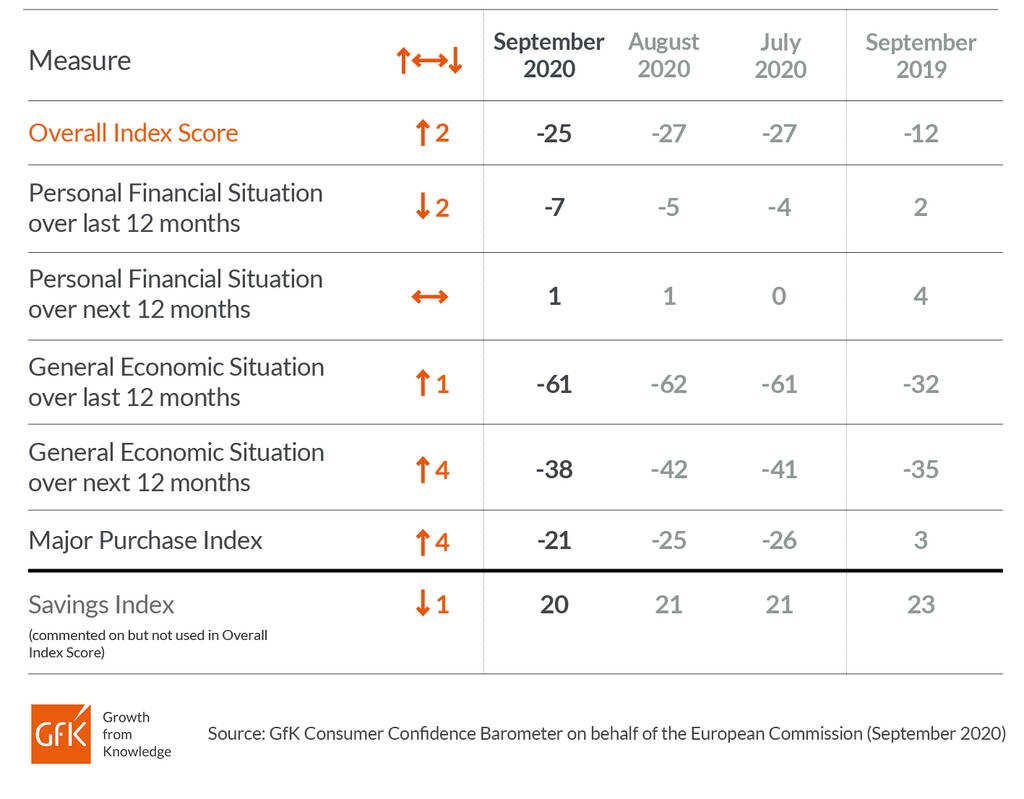 “Despite unfavourable double-dip economic headwinds and the threat of a second lockdown, we report an uptick for September as the overall index score climbs to -25 from the near-historic low of -36 in our early June ‘flash’, GfK client strategy director Joe Staton said.

“This means consumer confidence has crept forward for nearly four months now, but can this fragile improvement last or is it about to come to a grinding halt?

“Looking ahead over the rest of 2020 and beyond, keep an eye on our personal finance measure for the coming year and the major purchase intentions of consumers.

“These reflect how much we intend to spend, shop or invest, all vital considerations for retailers as we enter the ‘golden quarter’ in the run-up to Christmas.

“However, consumers are as jittery as stock markets right now and as the UK government puts the brakes back on – and there may be more to come – only an unbridled optimist will bet on confidence climbing further.”