// However, Inditex’s first half overall was still loss-making, with a net loss of €195m

Inditex has returned to profitability in its second quarter after the pandemic-linked lockdowns saw it swing to a massive loss in the previous quarter.

For its second quarter from May to July, the parent company of Zara reported net profit of €214 million (£192 million), compared with a €409 million loss seen in the previous three month period.

Despite this, Inditex’s first half overall was still loss-making, with a net loss of €195 million (£175 million).

When excluding the previously announced €308 million provision for its advanced store digitalisation programme though, Inditex said the first half would’ve seen an overall profit of €39 million (£35 million).

On the other hand, Inditex’s total sales recovered from a 44 per cent plunge in the first quarter to a 31 per cent decline in the second quarter, despite as many as 87 per cent of its shops still being shut during May at the height of lockdown in most of its markets.

For the first half as a whole, Inditex said total sales reached €8 billion (£7.2 billion), a 37 per cent year-on-year decline.

Inditex said online sales skyrocketed by 74 per cent in the first half, which helped offset the loss of sales from lockdown store closures.

The company now expects online sales to account for more than 25 per cent of its total turnover by 2022, compared with 14 per cent in 2019.

The fashion retail empire also increased its net cash position by €734 million (£660 million) in the second quarter, leaving it with €6.5 billion.

Inditex said 98 per cent of its stores have now reopened and its recovery is continuing in the current quarter. 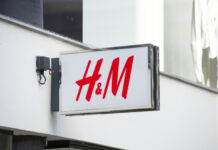 H&M to return to profit but expects more store closures 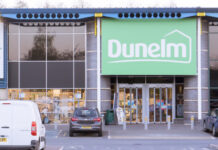