// They must only be used in bricks-and-mortar premises, such as retailers and restaurants

Business owners have welcomed a voucher scheme that could see every adult in Northern Ireland being handed a retail voucher of up to £100 to spend in the local economy.

Under an initiative inspired by a similar scheme in Jersey, Stormont’s Department for the Economy envisages that pre-paid cards will be spent in shops, restaurants and hotels at the start of next year.

The initiative was unveiled days before a new two-week circuit-break lockdown shuts down the retail and hospitality sectors in a bid to stem the second spike of the coronavirus pandemic in Northern Ireland.

On Belfast’s Belmont Road on Tuesday, traders welcomed the scheme.

“It’s quite bizarre to hear of the government giving away free vouchers to everyone, not too sure how it is going to pan out but it could be a great thing,” he said.

“It’s great to see government take notice of small businesses because this year has shown us that local shops are important to the community.”

Karen Breene, director of Murphy and Bailey, a pet store which has been open just over a month, described the scheme as a “great idea”.

“We’re worried about January and February already with the impact of Covid coming up to Christmas, we’re conscious that those months can be very lean months but we’ll still have overheads and rent to pay,” she said.

“We’ve had customers talking about it already today and what they’d like to buy from us when the vouchers come, so it’s definitely going to help increase sales.”

Department for the Economy officials are working on how to use the £95 million allocated by Finance Minister Conor Murphy for the scheme.

Depending on administration costs and whether the allocation is topped up, retail gift cards worth £75-£100 will be handed to every adult either over the age of 16 or the age of 18 to be spent before the end of March to boost Northern Irish businesses in what is traditionally the toughest time of the year.

It is understood the department remains hopeful the £95 million allocation may be topped up.

Economy Minister Diane Dodds emphasised it is an economic stimulus for bricks-and-mortar businesses including retail, restaurants and hotels, and is not to be spent online.

“It’s about injecting income into Northern Ireland’s economy,” she said.

“We’re at very early days of the whole scheme.

“It is worth £95 million, that is the allocation we have been given from the Department of Finance and we will obviously design the scheme taking into account the costs of the scheme and the number of people in Northern Ireland to divide that through.

“We are still working out the detail but the policy intent is to provide stimulus for the Northern Ireland high street, to restaurants and hotels, that broad range of businesses, after having to close prior to Christmas.”

Dodds added it was “about hope”.

“It is a hopeful announcement in that not only are we talking about economic stimulus for the high street, but coupled with increased testing and the hope of the rollout of the vaccine, I am absolutely sure that people are looking for more hopeful and normal days ahead,” she said.

He said he was less concerned about queues outside shops but said large crowds inside shops would be a concern.

“I’m less concerned about managed crowds queuing to access the retail sector but certainly what we need to do is prevent crowding indoors in busy retail outlets when the scheme is deployed in the new year.” 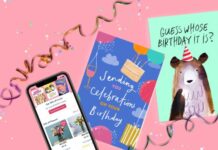