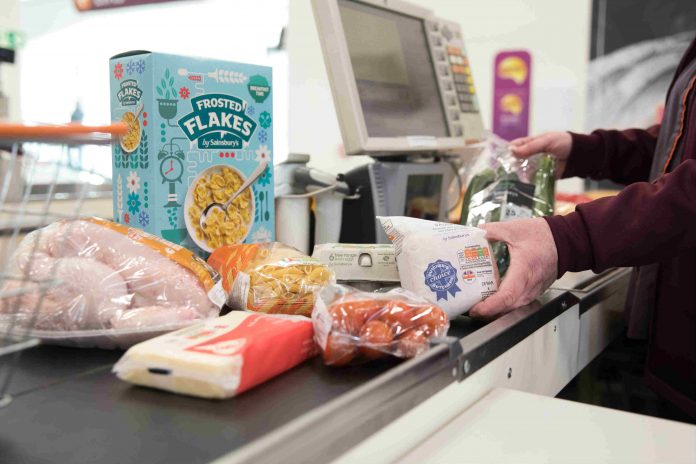 // Grocery sales up 13.9% in November, making it the best ever month for UK supermarkets

// Lockdowns, especially in England, prompted Brits to spend £10.9bn in store and online on their grocery shops

The UK grocery sector saw its best ever month of sales in November as second lockdowns forced the closure of pubs and restaurants, according to new figures.

The latest data from Kantar showed Brits spent £10.9 billion in store and online at grocery shops last month, with take-home sales up 13.9 per cent as eating and drinking out of home was restricted by lockdowns.

England, which makes up roughly 85 per cent of the total UK population, was essentially in lockdown for the whole month while Northern Ireland and parts of Scotland entered lockdown in the latter half of the month.

Kantar said shopping visits to supermarkets in November hit its highest level since the beginning of the Covid-19 pandemic, suggesting increasing confidence among consumers to go into shops.

Online shopping also reached another record high, with more than six million households buying their groceries online and digital platforms accounting for 13.7 per cent of all sales.

The figures revealed that grocery sales soared 17 per cent in the three days before the second English lockdown, when non-essential shops were forced to close, alongside pubs, cafes and restaurants, except to offer takeaways.

“Those factors contributed to November being the single largest month ever for the supermarkets,” Kantar head of retail insight Fraser McKevitt said.

He added that December is also set to smash November’s records.

“We expect spend to be close to £12 billion in the month ahead, around £1.5 billion more than last year,” he said.

Kantar’s data also revealed that overall UK grocery sales rose 11.3 per cent to £30.8 billion over the 12 weeks to November 29 – the best performance since August.

Sales of festive products ramped, with households spending 238 per cent more on Christmas lights as they decorated their homes early and sales of turkeys up 36 per cent on last year.

The early Christmas festivities, alongside limited opportunities to drink in pubs and restaurants, sent spending on alcohol up 33 per cent higher year-on-year in November, Kantar said.

“Many people have begun the countdown to Christmas 2020 already, using more time at home to go big on festive revelry,” McKevitt said.

Among the Big 4 supermarkets, Morrisons was the top performer with sales up 13.7 per cent over the past 12 weeks and its market share increasing from 10.1 per cent to 10.3 per cent.

The figures showed Ocado enjoyed the highest sales growth, up 38.3 per cent in the 12 weeks and its market share increasing from 1.4 per cent to 1.7 per cent, helped by its deal to start selling Marks & Spencer products.

Iceland enjoyed 21 per cent sales growth thanks to increasing popularity for freezer goods during the pandemic, while Waitrose also notched up its fastest rate of growth since 2005, at 13.2 per cent.