The importance of having a strong Christmas window display at this time of the year cannot be overstated, with retailers from Hamleys to Harrods launching their latest  creations with a media-friendly fanfare.

Competition between stores is at an all-time high and it’s no secret that an eye-catching window display is often the main attraction for many consumers as they trawl the UK’s high streets and shopping centres during the festive season.

The display takes shoppers through seven windows which features moments from Shaun the Sheep’s latest film (one I obviously haven’t seen), The Flight Before Christmas.

Considering that this year marks the 50th anniversary of the famous window by the department store in Newcastle’s city centre, which is one of the biggest Christmas displays of its kind in Europe, I had expected something with a bit more *pizazz*.

Apologies to any Shaun the Sheep fans. 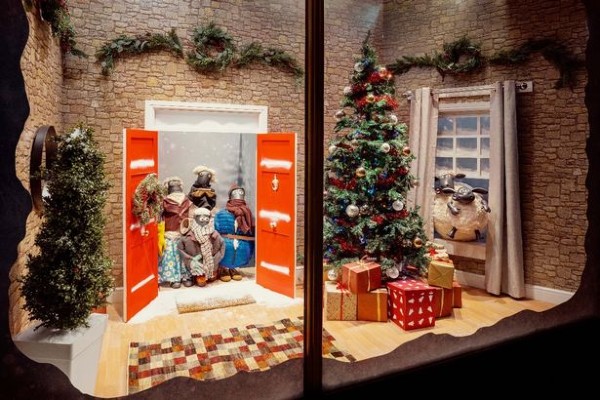 Iconic toy shop Hamleys unveiled its Christmas windows, which this year feature scenes from both Harry Potter and Jurassic Park. While I have nothing against the chosen themes, my only argument is that its 2021, and while both franchises are wildly popular, in my opinion it really is time to move on.

Now this may be because I’m not a child and of course the retailer does specialise in selling toys, but it would’ve been nice to see some current popular children’s films showcased instead. 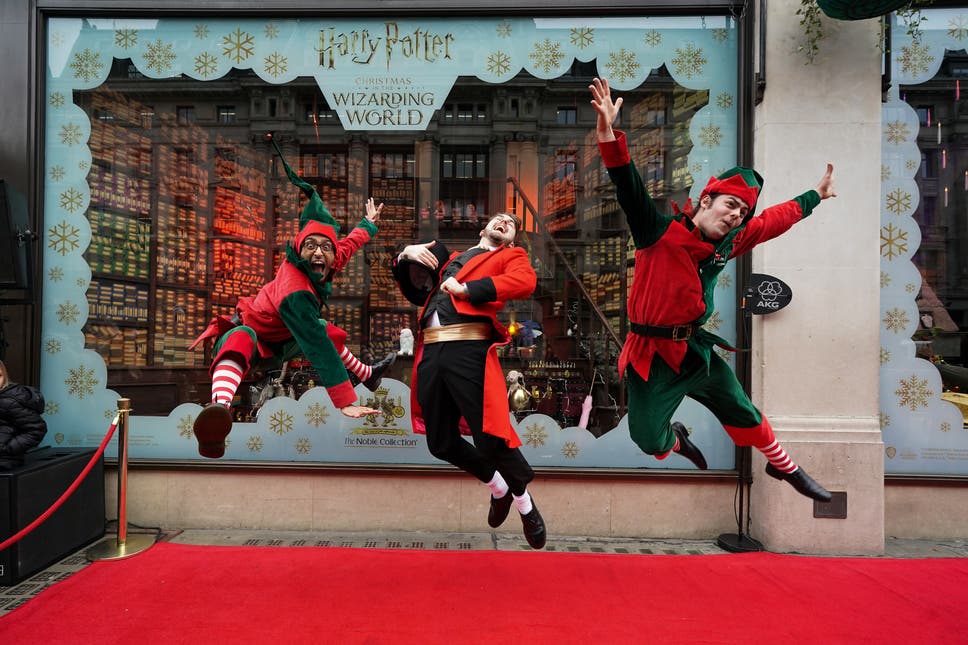 This year, in traditional Selfridges style, the department store pulled out all the stops, unveiling its Christmas of Dreams window displays theme.

The retailer’s theme of an enchanted dream world was enjoyable, blending references from different eras in time but in comparison to its 2020 display (which referenced the department store’s long-standing commitment to sustainability) this year’s attempt wasn’t as memorable for me.

I will give a special shoutout to the Selfridges’ digital campaign which was released alongside the windows as it featured the drag artist and sculptor Juno Birch – it was a nice touch to see such a major luxury retailer highlighting the artistry within the drag community. 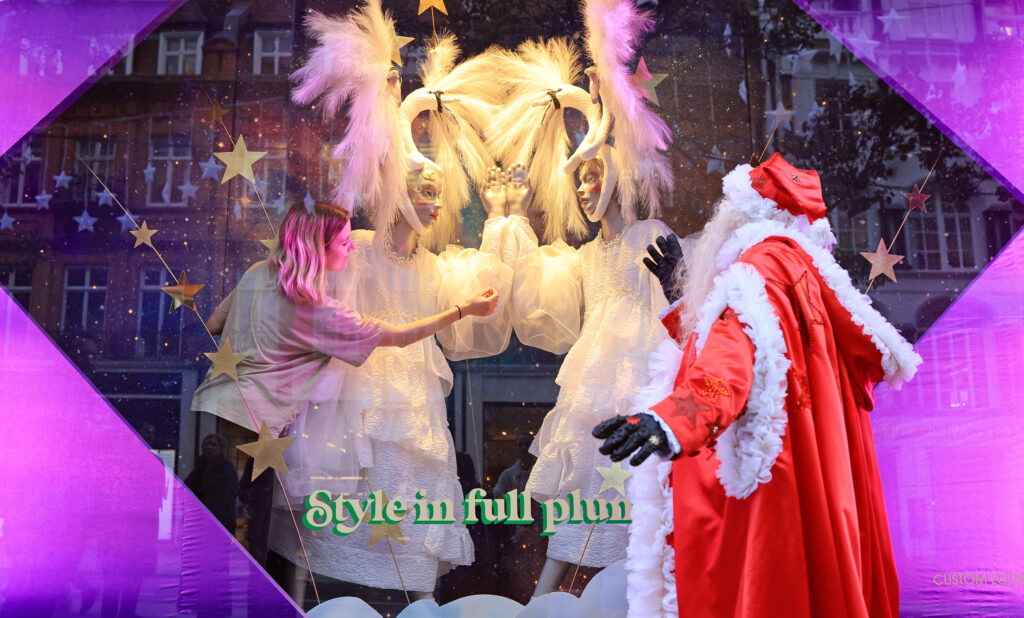 Call me a traditionalist at heart because I did enjoy Harvey Nichol’s Christmas window display this year.

After festive celebrations were significantly dampened last year due to the pandemic, the retailer said that this year it wanted to offer a different sentiment, spreading joy and happiness with bright colours and beaming lights. I think they managed to hit the nail on the head this time round.

The windows feature modern stained glass panels, flooded with light to reflect a pattern of Christmas-coloured hues inside and outside the windows. 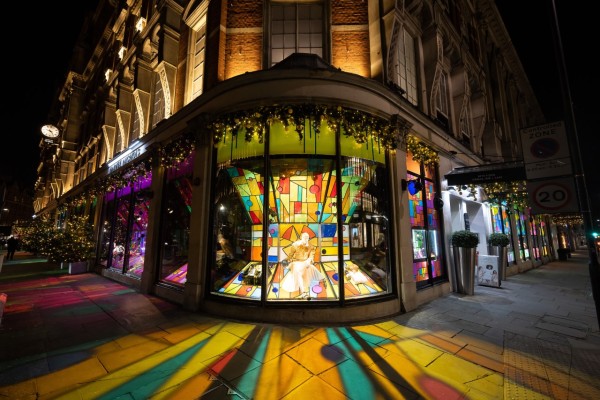 Fortnum & Mason unveiled a Dream Worlds theme for its window displays this year, saying that when stepping into Fortnum’s at Christmas, it can often feel like you’ve entered another world.

The retailer’s Piccadilly windows managed to capture the magic of Christmas in luxurious Fortnum’s style, with each window inviting you into the dreams of different animals as they slumber, imagining worlds filled with all their favourite things.

The creative endeavour features impressive trees woven from wicker, canopy giant hampers and hedgehogs skiing down hills made of meringue. This year, Harrods has managed to grab to top spot after pulling off a modern Christmas window display,  featuring a QR code that activates augmented reality animations and connects visitors to its website.

Located at its Brompton Road store, the “Witness a Spectacle” windows features items by luxury brands on tables decorated in a Christmas-feast-like fashion.

When a customer walks past the window, they can scan the QR code which opens up a window on their phone allowing them to experience festive filters and animations, using AR technology.

Each window includes its own AR content with two clips showing Harrods-branded robots dancing in front of a festive background.

As technology continues to advance its nice to see a retailer fully embrace this and allow customers to connect to the brand in ways they probably haven’t before. 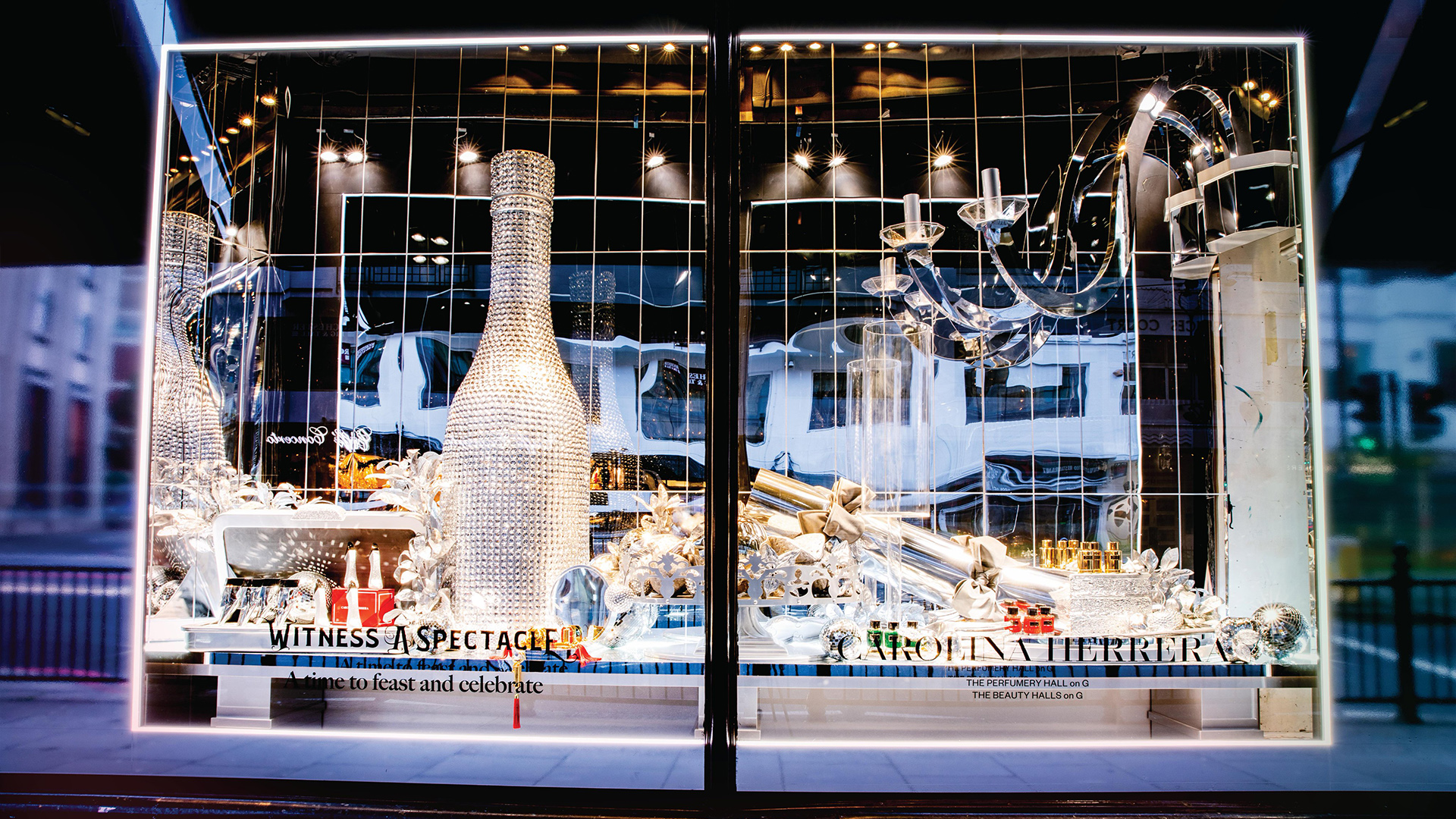 Do you agree with Georgia’s ranking? Let us know your favourite in the comments below.