// Aldi has axed Kevin the Carrot in favour of Ebanana Scrooge, who is making his debut in this year’s Christmas ad

// The full Aldi Christmas advert will be unveiled on TV on Thursday, November 11

Aldi’s Kevin the Carrot has been the star of the supermarket chain’s last five Christmas campaigns but this year the animated vegetable has disappeared in a sneak preview of the retailer’s festive advert.

The full advert which will be revealed on national TV and online on Thursday November 11, shows little Ebanana patiently waiting for Santa snuggled up to a mince pie in front of a roaring log fire on Christmas Eve.

When a mystery hand chooses to take the mince pie instead of Ebanana, he is visibly upset and screams out: “Santa, wait… why didn’t he take me?” before angrily shouting: “I hate Christmas!”

Fans seem to be unhappy that Kevin the Carrot, who has become so popular in the last five years that plush toy versions of him and his family sell out every year, is missing from this year’s Christmas advert.

Aldi did give a clue to why Kevin is absent on Twitter, claiming that they hadn’t seen him since Christmas 2020.

The budget supermarket chain joked that it could be because he’s in the same situation as M&S’ Colin the Caterpillar Cake. 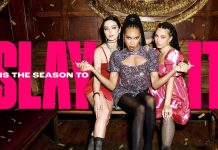