// Missguided staff were made redundant on a pre-recorded conference call where employees lines were muted so they could not ask questions, according to reports

Missguided staff were made redundant on a pre-recorded conference call, it has emerged, in echoes of the P&O Ferries mass sacking via video earlier this year.

Following Missguided’s collapse on Monday, it is understood that 80 employees were dismissed immediately in a pre-recorded audio call that lasted just minutes with sacked staff automatically muted so they were unable to ask questions.

The i newspaper reported that staff were unknowingly placed into two conference calls – one for those being made redundant and those whose jobs were safe.

Some individuals on holiday only learned via colleagues or social media that they were out of a job, the newspaper reported.

Meanwhile, security guards were brought into Missguided’s headquarters on Tuesday to stop axed staff returning to the building.

Missguided employees affected by the collapse of the company are seeking to pursue legal action over claims that their redundancy processes were not properly managed.

Manchester-based law firm Aticus Law has been in contact with a number of former employees since the fast fashion retailer’s collapse on Monday.

Missguided could also face a legal challenge from angry suppliers, which have filed an official complaint to the Insolvency Service.

More than a dozen UK suppliers based in the UK say they are owed millions of pounds for orders, some of which were placed as late as last month. It is claimed that deliveries were demanded even on the day Missguided went into administration.

One supplier told The Guardian that he was considering legal action as he believed Missguided has acted fraudulently if it pressed ahead and placed orders while “administration was on the horizon”.

The newspaper also reported that two suppliers were told by Missguided that it was “business as usual” less than six weeks ago.

Meanwhile, Missguided customers have been complaining on social media that they have not received deliveries of orders and are still awaiting refunds.

I’ve been messaging loads. It’s not fair that you’re taking orders from people and not even sending them out. People work hard to treat themselves and you’re just stealing money off them!

Missguided continues to trade while administrator Teneo Financial Advisory searches for a buyer.

If you have been impacted by Missguided’s collapse, let us know in the comments or email [email protected] 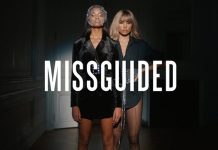