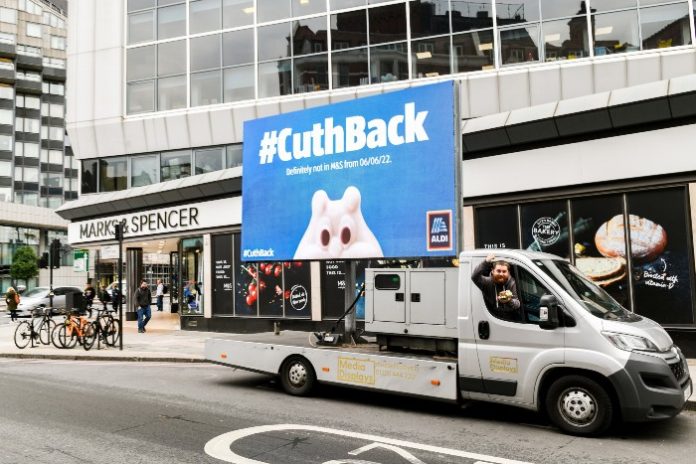 Aldi’s Cuthbert the Caterpillar is set to return to stores next week after settling a legal battle with Marks & Spencer.

The Cuthbert cake, which sparked controversy after M&S accused it of copying its own Colin the Caterpillar cake, will advertise its return with giant posters on vans parked outside of big M&S stores.

The vans have been spotted outside M&S stores in Manchester, Liverpool, Newcastle, Birmingham and London.

The messages include “Aisle be back” and “Made by bakers. Approved by lawyers”.

Taking to social media, Aldi said: “Where else would we announce it? #CuthBack.”

M&S first launched the lawsuit against Aldi in April last year in a bid to force its rival to take its Cuthbert the Caterpillar cake off the shelves.

In May, Aldi started selling its caterpillar cake again after making changes to its chocolate face design.

The pair settled their lawsuit after reaching a confidential agreement in November last year.

An M&S spokesperson told Retail Gazette earlier this year: “The objective of the claim was to protect the IP in our Colin the Caterpillar cake and we are very pleased with the outcome.”

Cuthbert will be back in Aldi stores on 6 June.