Fashion and homewares specialist Cath Kidston has reported an EBITDA increase of 13 per cent to £19 million, according to figures released today.

Group sales hit £89 million in the year to April 1st 2012, up 30 per cent on a year previously as the retailer continues to invest in further expansion.

Earlier this year, the traditional British company announced a growth strategy which has seen it open stores in Nottingham, Chester and Sheffield‘s Meadowhall and the group noted today that it has recruited a senior management team with international brand development experience and supply chain management knowledge to strengthen its offering.

In total, Cath Kidston has increased its number of stores by 33 to 85, with 50 stores added to its UK portfolio alone, helping worldwide net sales jump 37 per cent to £104 million over the period.

Commenting on the solid results, Cath Kidston CEO Kenny Wilson said: “This has been a year of significant transition for the Cath Kidston group during which we have invested in the business, strengthened the management team and continued to grow the brand globally.

“We have improved our business processes, including product availability and supply chain, to allow us to further expand the business both in the UK and overseas.

“In the UK, our sales increased by 37 per cent and we reached a key milestone, opening our 50th store.

“Overseas, our retail sales increased by 61 per cent and in Japan, our largest overseas market, our partner opened 13 new stores taking the total to 23.

“Demand for our products remains strong and, in spite of a difficult retail climate, er look forward to the future with confidence.” 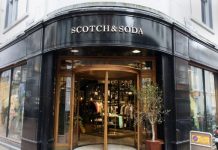