Chic, luxurious and with equestrian themed dÃ©cor, Ralph Lauren‘s Polo Bar is everything you would expect from the world famous fashion designer.

The restaurant and bar is set to open this month at 1 East 55th Street, just down the road from a New York Ralph Lauren store. It will follow in the steps of Giorgio Armani and Bergdorf Goodman who have also created successful restaurants in the area.

It will be Ralph Lauren‘s third bar and cuisine venture, following his RL Grill in San Francisco and Ralph‘s in Paris. The designer also opened Ralph‘s Coffee brand in September on the second floor of Ralph Lauren‘s flagship store. All branches stay true to Lauren‘s impeccable style and his personal influence on the brand, as he states on the company website that, “The smell of freshly brewed coffee evokes so many memories, mostly of time spent with friends and family”.

The designer has said that the bar will not be a formal restaurant, he wants The Polo Bar to be enjoyed as somewhere people, “want to go twice a week”, more of a casual place than one saved for special occasions. Jeff Gordinier wrote for the Times that the bar is full of equestrian paintings and, “it feels like a country club as staged by Steven Spielberg.” It reflects Ralph Lauren‘s suave allure.

With revenue up 4% for the quarter or £2mill, Ralph Lauren is looking at global expansion. There are plans for 60 new stores to open in the next three years and for online sales to be pushed further. Revenue from online shopping has already increased by 30% this year, allowing his company to experiment with new projects.

It seems there is no business venture too big for the business mogul. From fashion designer to restaurateur Lauren is making the most of his empire. 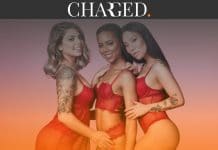 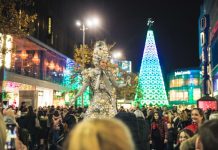