Adidas is hoping to catch Nike up and double net profits by 2020, after its five year plans were released yesterday.

The company pledged to pay out higher dividends and to increase profits which decreased in 2014 by 38% to â‚¬490m.

The German brand and the world‘s second largest sports goods company will shift its spending to influential cities, with plans to increase profits by an impressive 15% in 2015.

The brands previous plans to have an operating margin of 11% by the end of 2015 have now been cancelled, instead replaced with the company focusing on its manufacturing strategy and overall profits.

“If you assume they achieve their revenue and profit goals and work out what this would mean for their margins, then the strategy is not very ambitious”.

Speich also commented on how he feels that a change around at the company would work well after last years strategies have been thrown out of the window, “The strategy will only be credible under new management as Hainer could not deliver on what he promised”.

Adidas is hoping to increase its share value which has already risen by 20% in 2015. This is required to satisfy the likes of Union Investment, one of Adidas‘ main shareholders. The increase is linked to expectations from the company‘s 2015 strategic plan. Hainer, Chief Executive of Adidas, wants to focus on this, hoping to pay shareholders up to 50% of the company‘s net income.

The retailer is also focusing on its global business; something that it believes will increase profits. It is testing automated production units in order to move manufacturing from Asia closer to consumers. This would be a profitable repositioning in order to cut delivery costs and increase distribution speeds.

The closer proximity will allow Adidas to compete with competitor Nike on the fashion stakes. Sports attire is no longer just for physical exercise, it is a wardrobe staple. By moving manufacturing closer to specific cities the company will be able to focus on personalisation and truly engage in consumer trends. This should increase demand and therefore the sales of sports apparel in particular. Prioritising reversing its sales decline is vital for the sports giant to compete in 2015. 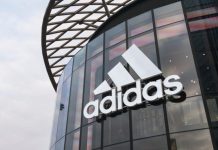 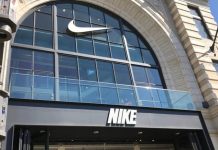 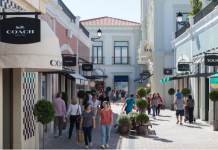