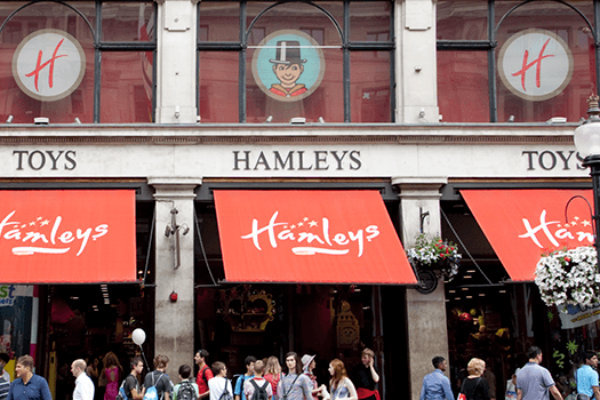 Hamleys, the oldest toy shop in the world, could be sold to the owner of House of Fraser in as little as a few weeks.

According to the Sunday Times, Groupe Ludendo, the French company that has owned the British toy chain for the past three years, is in the process of finalising a £100m sale after months of talks.

The buyer is understood to be a Hong Kong company run by a relative of Yuan Yafei, the billionaire who now owns House of Fraser. Yuan, Chairman of Sanpower, originally planned to do the deal himself and is believed to have been closely involved in his relative‘s talks.

They had hoped to announce the acquisition this week to coincide with Chinese president Xi Jinping‘s state visit to Britain, but sources told the Sunday Times that regulatory hurdles could disrupt the timing.

Although Yuan is one of China‘s richest men, he was relatively unheard of in the UK until he bought the British department store chain in a £480m deal last year.

Hamleys first opened in London in 1760 under the name Noah’s Ark, with its name being changed to Hamleys in honour of its founder William Hamley.

The flagship is said to contain over 50,000 toys across seven floors, and has become a major tourist destination in its own right.

Since the French retailer purchased it in 2012, Hamleys has expanded across the globe and now boasts stores in locations from Mumbai to Moscow.