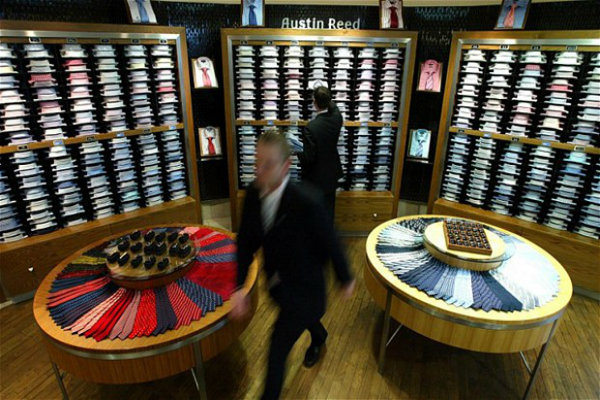 Austin Reed is holding discussions with an adviser to help with financial restructuring just one year after closing down 31 stores.

According to The Times, the ailing menswear retailer is in talks with AlixPartners on proposals to extend its lifeline on the high street, where it has had a presence since 1900.

This could be done via more equity from a new investor, carrying out another company voluntary arrangement (CVA), or possibly putting the business up for sale.

Alix is renowned for rescuing troubled businesses and news that Austin Reed is in touch with them could be cause for concern.

In January last year, Austin Reed was forced to work with Deloitte, the accountancy firm, to carry out the CVA as part of a restructuring that would ensure a “longterm sustainable future”.

“The decision to close some stores was not taken lightly but we cannot continue to operate those within our portfolio that are lossmaking,” said CEO Nick Hollingworth at the time.

But trading has been continuously challenging in an intense market and, according to The Times, the most recent accounts filed at Companies House show that turnover at Austin Reed, which also owns the Viyella and CC brands, fell by nearly 8% to £100.5m last year.

UK turnover slid from £101m in 2014 to just under than £95m last year although Austin Reed said that its investment in online was paying off now that the website now generated more revenue than stores.