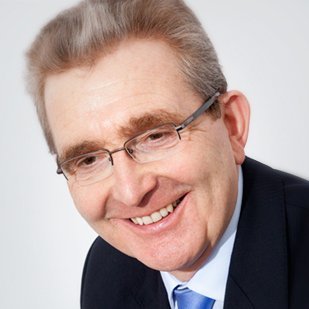 John Ibbotson is not your average managing director in the retail sector.

The straight-talking Yorkshireman first learnt the retail trade by working his way up through the managerial ranks in UK supermarkets before becoming a consultant who works with retail brands to improve their efficiency and profitability.

However, these days his skills are particularly in demand in dangerous and less democratic nations, or countries where corruption is rife.

In the past three months alone, Ibbotson finished up a major three-year retail project in Palestine, worked with a client on the ground in Iran, and even visited eastern Ukraine, the conflict zone annexed by Russia.

In the past, he‘s worked on projects in Canada, Nigeria, Turkey, Russia and even Barbados.

So, why these countries? As the head of Retail Vision, Ibbotson works with clients to help them implement a retail business model that emulates the UK‘s world-renowned, customer-centric retail industry.

“If you take Palestine, it‘s 90 per cent of the market.

“So there‘s much more opportunities in places like Palestine, Africa, and the old Eastern Bloc, where you‘ve only had modern retailing for 20 years.”

Ibbotson said he and his team don‘t actively seek clients from these countries.

“We don‘t choose [these countries] because they‘re war-torn, or corrupt. Normally people approach us from the country. We go when we‘re asked,” he said.

“They‘re either investors or they are oligarchs looking to invest in modern retailing.”

Ibbotson said the clients he works with all have one thing in common: they want to adapt a western-style retail business model to attract more customers.

However, it‘s not that simple. The laws and infrastructure provision of whatever country he is in makes Ibbotson‘s job challenging.

“So we go in and analyse the opportunity, or we tell them there might not be an opportunity.

“When we first went to the Ukraine, you couldn‘t do a Carphone Warehouse because the provision of the mobile phone network is completely different. Nobody would buy a contract and their phones are cheap.

“So you couldn‘t take a Carphone model and put it in the Ukraine, because you couldn‘t get the airtime to subsidise the device.”

Another factor Ibbotson always took into account was the average household income – in US dollars – of the host country.

“In every developing country if you can get a household income of $10,000 a year, they can afford a supermarket,” he said.

“And then the higher the income, the more they can afford. Next is bikes, then scooters, and then you have cars.

“That‘s what happened in China. In fact the middle class in China and India is bigger than the population of the UK. All of a sudden the market has mushroomed, and that‘s happened in the last 20 years in all the developing countries. Still to happen in Africa, however.”

Ibbotson also has his fair share of “crazy” stories from globe-trotting career.

For example, when he was working for one of Ukraine‘s major electrical retailers recently, senior management were one day told the company was not paying enough in “taxes” – code word for bribes.

He remembers how the next day, two truckloads of what can be described as the “tax police” – armed with Kalashnikovs – showed up and ripped out all the company’s servers.

Ibbotson said it took 10 days before things were operating normally again, but only because senior management paid the bribes that were owed.

He also recalled incidences where he was paid his due in cash, via wads of £50 notes that he suspected could‘ve been fake, and how many of the countries he has worked in does not have an official body equivalent to the UK‘s Companies House to keep businesses in check.

Ibbotson said he steered clear and avoided moments where, if the situation were to happen in the UK instead, he would essentially be breaking the law.

However, he always strived to develop a business model for clients that made them successful, consumer-centric retailers.

“Where‘s there‘s disorganised retail, people want what we‘ve got. The hook is that British retail is the best in the world,” he said.

“The only reason it‘s the best in the world is that it knows what its customers want. And it knows all those processes, systems and the organisation of retail to make it customer-centric. And that what everybody else wants.

“If you know that knowledge, to give customers what they want, then you know exactly how to do a retail business.” 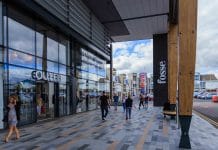