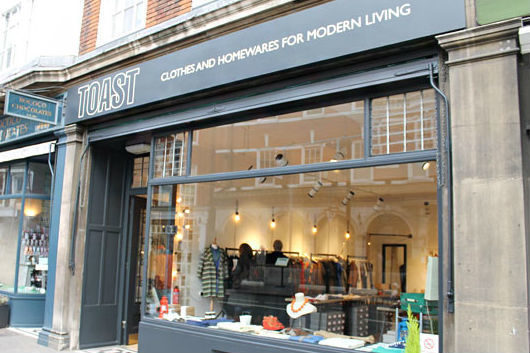 The chief executive of women‘s fashion retailer Toast has teamed up with prominent art school in an attempt to increase the number of female CEOs.

As part of Central Saint Martins‘ Women in the Arts mentoring scheme, Suzie de Rohan Willner will take part in an event that will her share her experience, knowledge and tips on how to climb the ranks as a woman in the retail sector.

The event targets female students studying arts subjects at UK universities and to encourage more women to apply for or put their hands up for chief executive jobs in fashion retail.

It is widely thought that although women make up about two-thirds of fashion consumers, only a handful of them actually occupy top-level or boardroom positions in the sector.

Toast and the University Women in the Arts will also launch a new mentoring competition for female students, which aims to increase confidence, showcase the skill needed to lead, and encourage women to keep an eye on positions in the boardroom.

“At Toast, we celebrate thoughtful creative women and so it‘s a great honour to be invited to speak with young women looking to progress their careers in such an inspiring, dynamic industry,” de Rohan Willner said.

“The scheme has recognised the challenges faced by women to secure senior roles in the arts, but I hope to empower the next generation to strive for these positions by sharing my own experiences.”