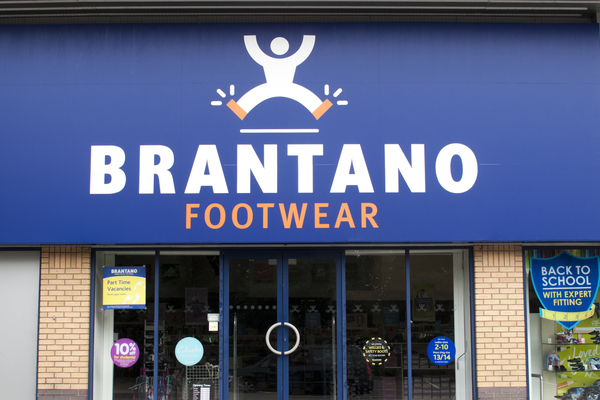 Brantano has officially entered administration, putting the future of 73 stores, 64 concessions and 1000-plus jobs at risk.

The value footwear retailer, owned by private equity firm Alteri, was put up for sale last week following the Brexit-induced collapse in the sterling as well as difficult trading conditions.

Brantano had filed a notice of intention to appoint administrators as way to protect it from creditors seeking to reclaim debts.

Despite an attempt to save the chain by selling to a new owner, PwC were today drafted in as administrators.

PwC confirmed that despite “sustained efforts and streamlining” to make the retailer commercially viable and despite the attempted sale process, Brantano has been placed into administration.

They also confirmed that redundancies among the 1086-strong staff would be “inevitable”.

“Despite significant improvements in the business and reductions in the cost base, trading has continued to suffer in a depressed and competitive footwear market,” PwC lead administrator Tony Barrell said.

“Like many other retailers, Brantano has also been hit hard by the sharp decline in sterling, the ongoing shift in consumer shopping habits and the evolution of the UK retail environment.”

PwC will continue to trade the business while “assessing the trading strategy and any interest in parts of the business over the coming days and weeks”.

Staff will also be paid their arrears of wages and salaries, and will continue to be paid for their work while the business is in administration.

It has been reported Edinburgh Woollen Mill and rival footwear chain Shoe Zone have expressed an interest in parts of the business.