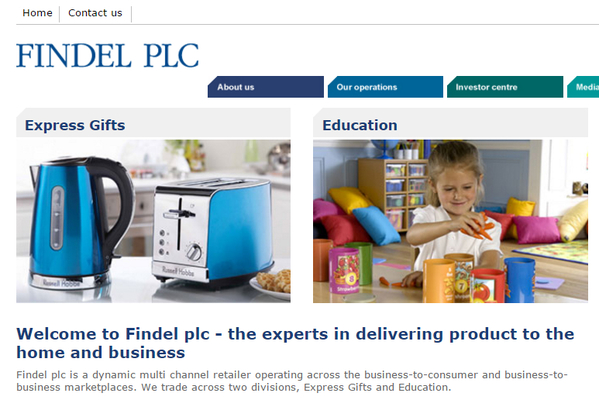 Findel has issued a profit warning for its full year figures while promoting Express Gifts‘ managing director to chief executive of the group.

The online retailer backed by Mike Ashley issued a pre-close update for the 53 weeks to March 31 with anticipated pre-tax profits likely to be “slightly below” the bottom end of predictions.

However, like-for-like sales for the period are expected to have risen by 10 per cent.

Meanwhile, Phil Maudsley has been announced as the company‘s new chief executive, moving up from the group‘s online value retail arm Express Gifts.

“Phil is a strong and talented retailer who led the successful repositioning of Express Gifts from traditional catalogue based home shopping company to a leading online retailer,” Burke said.

“In addition, having served on the board since 2004, Phil‘s understanding and insight into the education market positions him well to support the Findel Education team as they continue to deliver on the turnaround.”