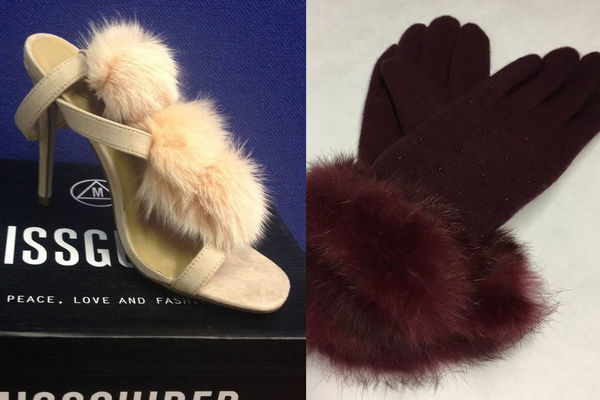 In addition, the shoes list only man-made materials on the label.

The import and sale of fur from domestic cats and dogs has been banned across the EU since 2009.

The shoes in question were on sale by Missguided both online and at its Westfield Stratford store in east London.

Humane Society International UK launched the investigation after a shopper brought it to their attention.

It has also forwarded the information to Trading Standards and requested that they look into the findings further under The Cat and Dog Fur (Control of Import, Export and Placing on the Market) Regulations 2008.

“It is extremely concerning to find cat fur on sale illegally in the UK, both because of the cruelty that cat and all fur products represent, but also because it will rightly dent the confidence of consumers seeking to buy only fake fur,” Humane Society International UK executive director Claire Bass said.

“Fake faux fur is a growing problem; when items have cheap price tags and labels saying ‘100 percent acrylic‘, consumers can understandably be caught out mistaking them for fake fur, when in fact they contain fur from a tormented animal.

“Independent stores, popular markets like Camden, as well as online retailers such as Amazon are awash with cheap animal fur-trimmed garments that are either mislabelled as ‘faux‘ or not labelled at all.

“To properly protect both animals and consumers the government needs to take action to stop Britain‘s insidious fur trade.”

Missguided has said it was now investigating the allegations.

“Missguided does not condone the use of fur in any of its products, therefore we take the allegations… very seriously,” a spokesperson said in a statement.

“We have launched an internal investigation with the relevant suppliers and will ensure these matters are addressed urgently.”

Meanwhile, House of Fraser tested positive for rabbit fur in a pair of gloves,

The department store chain has now removed the pair of gloves, made by one of its concessions, Moda In Pelle.

In a statement, a House of Fraser spokesperson said: “House of Fraser has a strict no fur policy and we ensure all of our suppliers and brand partners are aware of this.

“We would never knowingly mislead our customers, who we believe have the right to know what they purchasing.

“We are extremely concerned that fur can be mislabelled in this way, particularly for brands that we stock.

“Our customers want assurances that House of Fraser is not complicit in such unnecessary suffering of animals and we take this issue very seriously and have communicated this to the brand in question.

“As a result all products have been removed from sale and returned to the brand. We will offer a full refund on any purchases of this item previously made.”