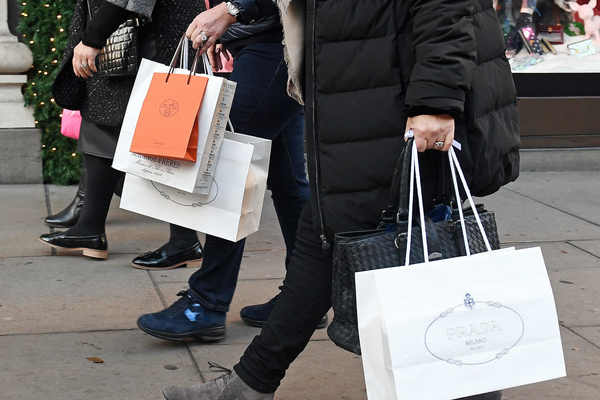 April saw a brief respite in “disappointing” consumer spend across the UK as the Easter holidays boosted sales to the highest level since 2011.

New data from the BRC-KPMG Retail Sales Monitor revealed a 5.6 per cent growth in like-for-like sales compared to April 2016, and a 6.3 per cent rise in sales on a total basis.

“As expected, the Easter holidays provided the welcome boost to retail sales, which goes some way to making up for the disappointing start to the year,” British Retail Consortium (BRC) chief executive Helen Dickinson said.

“That said, the positive distortion from the timing of Easter was largely responsible for the month‘s growth and looking to the longer-term signs of a slowdown, the outlook isn‘t as rosy.”

The “divergence” between spend on food and non-food continued to grow as consumers opted to stick to essentials over the period.

In the three months to April, like-for-like food sales increased 2.4 per cent and 3.6 per cent on a total basis. This outpaces the 12-month average of two per cent and marks the highest rate of growth since 2014.

Meanwhile, non-food sales was more lacklustre, seeing a 0.3 per cent like-for-like growth and a 0.7 per cent total growth in the three months to April. This is just below the 12 month average of 0.8 per cent.

“Food categories continue to contribute the most weight to overall growth, although food inflation has a part to play in this,” Dickinson said.

“Meanwhile, consumers are being more cautious in their spending towards non-food products and focusing more on value priced lines.”

Online sales painted a different picture, seeing a “reversal of the trend of slowing levels of growth” for non-food sales online.

Non-food sales grew by 10.3 per cent compared to 2016 where they fell by 6.6 per cent, marking the fastest growth since November.

In the three months to April non-food online sales grew 8.2 per cent year-on-year and 0.7 per cent on a total basis.

“Online continues to account for over a fifth of total non-food sales, but as we‘ve seen in previous years, the school holidays boosted family visits to physical shopping destinations over online sites, resulting in the fastest growth for stores since last January,” Dickinson said.

“Looking at the bigger picture, the twelve-month average shows a downward trend in online growth, albeit reversed in April.

“This points to the significance of retailers‘ ongoing efforts to invest in the customer offer across all channels, as they contend with rising cost pressures and dampened consumer spend.”